ARE you an antisocial public transport user? If so, summer provides some excellent opportunities to antagonise people. Here are some ideas.

There’s nothing like a penis and testicles bulging from too-tight shorts to put other public transport users off their Greggs sausage roll. Female lycra fans should also ask themselves whether they want complete strangers to be familiar with their sexual organs.

Take a large, wild-eyed dog with its tongue hanging out, half-mad from the heat and sensory overload of public transport. Commuting is already grim enough without worrying you’re trapped in a confined space with an animal that could suddenly go mental and think your b*llocks are a chew toy.

Be an inconsiderate posh b*stard

If you’re going to an event called ‘Vivaldi in the Park’ or similar, turn the train into an obstacle course made of hampers, cool boxes and collapsible chairs. Make the ordinary wage slaves feel even more miserable by having conversations like: “So is Ali enjoying setting up her production company in LA?”

Strip off to show people your muscles

If you’re a bloke who’s pretty ripped due to spending waaaay too much time at the gym, refuse to wear a shirt on public transport as if you’re posing for the cover of a sh*t album by 50 Cent. Be sure to show the waistband of your Calvins too – there’s no way anyone else could afford to spend £8 on underpants.

Be part of a large group of very p*ssed people

Summer is the season for lightweights to get hog-whimpering drunk during the day in beer gardens or ‘by the river’. Travel in a large, chaotic group, with some tw*t obstructing the tube doors at every stop and a woman crying about an imaginary problem she won’t remember in the morning.

Meghan Markle or Amal Clooney: who is the most evil? 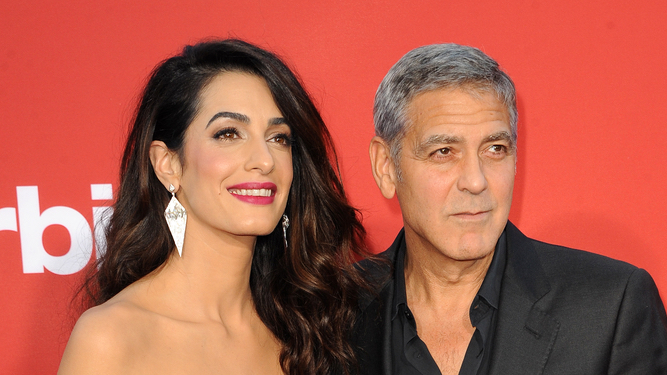 FOR unspecified reasons, the Duchess of Sussex and human rights lawyer Amal Clooney are the most despised women in Britain. But which has the truest claim to being pure evil?

Both Meghan and Amal are guilty of the vicious crime of trapping a happy bachelor, able to have his pick of the world’s women, in the grim prison of marriage. Neither can ever be forgiven.

Both women are older than they should be. Amal is a mere 17 years younger than her husband when he could have married an actual 17-year-old, while Meghan has the audacity to actually be older than Prince Harry. The gold-digging hussy.

It’s neck-and-neck again in this round as both women believe, despite marrying men vastly more famous than themselves, they have the right to a private life. Clearly they are both horrible people whose marriages are on the brink of collapse.

Meghan wrongly believes herself to be famous just because she starred in six series of a popular television show watched by millions. Amal, however, actively fights for the human rights of people who do not deserve them, so is worse than Cherie Blair.

Not even an issue. Don’t know why it’s even been brought up. The fact that lots of pale, lovely English roses are still single is irrelevant.

Amal put up a good fight, but nobody in the world can hold a black-flamed candle to Meghan’s diabolical monstrousness.