A MAN is labouring under the delusion that he has won an argument with his wife.

Joe Turner, from Leatherhead, walked away from the domestic dispute about whether to buy new bedroom curtains confident that he had triumphed, but over the coming days will discover he is entirely wrong.

He said: “I won the argument with logic and evidence, referencing our current financial situation, the other priorities in the home and the indisputable fact there is nothing up with the curtains we’ve already got anyway.

“But, even though I considered the matter settled, my wife is inexplicably still mentioning it, glancing resentfully at the curtains and dropping hints that I am some kind of tight bastard even though we’d agreed I’m not.

“Oddly she’s resisted any attempt to re-open the argument itself, instead treating it like I’m at fault for having it in the first place and need to earn forgiveness in some way.

“It’s puzzling, because I definitely won. Didn’t I?”

The argument will finally be concluded next weekend, when a trip to the shops will see the couple return home with new curtains.

Supermarket accidentally sells pizza with enough toppings on it 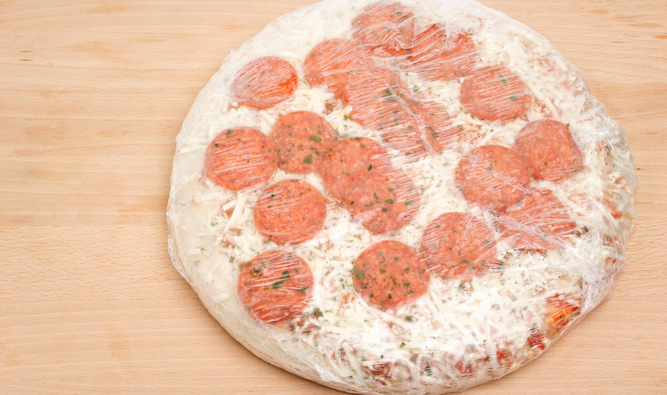 A SUPERMARKET has offered a full refund after a man bought a pizza with a satisfying amount of toppings on it.

Wayne Hayes purchased the pizza because he fancied some lightly smeared hot bread for his evening meal, but was horrified to discover a generous covering of mozzarella, pepperoni and even tomato sauce.

He said: “This isn’t what I pay for. I wanted a few paltry cheese circles all on one side and a limp scattering of pepperoni more like plastic than meat.

“Instead I got one which was covered deeply and evenly with a vast array of appetising toppings, none of which got irretrievably stuck to the plastic wrapping when I took it off.

“Even cooked there were no areas where the toppings had receded to leave bare oil-stained bread, like a beach with the tide out. And it tasted nice. What is the world coming to?”

Supermarket manager Wayne Hayes said: “We can only apologise for this terrible oversight which saw a genuinely edible pizza given to a man who was expecting a comfortingly substandard meal.

“We’ve given him a refund and a voucher to spend on cheap, tasteless, barely-filled sandwiches that taste of nothing but cold to make up for it.”