In a car park, and four other grim as shit places to have your first kiss

FIRST kisses are awkward, unsatisfying and not very romantic. So it makes sense they take place in these grotty locations:

In a freezing park

Walking hand-in-hand with a date through Central Park on a cold winter’s evening before leaning in for a kiss, the lights of New York twinkling in the background, is undeniably romantic. Sadly you  were raised in Barnsley, meaning your first snog took place on a windswept, disused football pitch nearly as awful as the kiss itself.

In a car park

Romcoms don’t usually end with the happy couple finally locking lips in a car park for a reason, and that’s because a backdrop of poorly parked Volvos looks depressing as f**k. But there aren’t many places for frisky teenagers to hang out so they make do with a vista of chipped concrete spattered with bird shit.

At a school disco

Movies lied to you about school discos. They aren’t elaborate events with laser shows and mirror balls and you were an idiot for thinking they would be. Yours took place at a community centre that usually hosts AA meetings, and your first kiss happened in the same spot where some poor divorcee admitted he drinks five whiskeys before 10am.

The back seats of a cinema

This dark, secluded place might feel like the perfect location for a first kiss, but it lulls people into a false sense of security. Remember how you misjudged the situation by blindly leaning in for a snog but ended up tonguing an ear lobe because your date was staring straight ahead watching Twilight: Eclipse? Your date does. It still disturbs them.

The loading bay round the back of a Sainsbury’s is one of the weirdest places for a first kiss, but when you’re a teenager who hasn’t got to first base you can’t afford to be picky. Even now the sound of a haulage lorry pulling up to unload palettes of frozen mince takes you back to that magical moment. Shame the driver watched though, it killed the vibe.

Sudoku, and four other hobbies that are life-drainingly dull 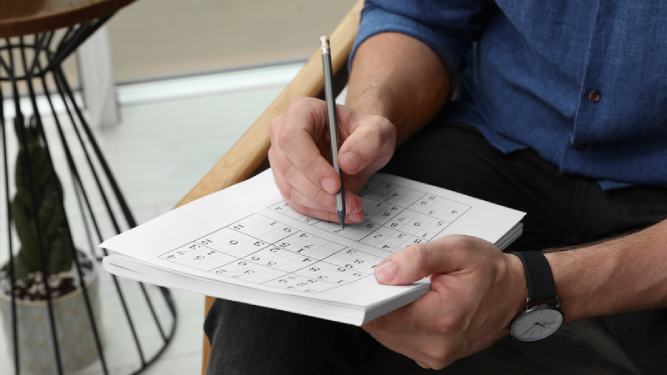 THANKS to the miracle of television nobody needs hobbies. Yet people still piss away their free time on these dull activities:

Only remotely fun if you enjoy numbers, little grids, and pointless challenges. Sudoku players justify their miserable hobby by saying it staves off mental decline, but is it worth it? Most people would rather fry their brain with Netflix and social media than drag out their existence with a shitty numerical puzzle.

Playing the dullest card game on a computer is a thrilling hobby if you’re in an IT class around the turn of the millennium and you already know Microsoft Excel but wanted a few days out of work. Even then Minesweeper would be more socially acceptable. If you’re still playing it, show some self respect and fritter away your life on Candy Crush Saga instead.

If you would like to eat a fish, they are widely available in supermarkets. If you would like to sit in some tranquil countryside, you can easily do so without coaxing a living creature to impale its face on a hook. Angling is nowhere near as enjoyable or hilarious as Mortimer and Whitehouse make it look in Gone Fishing, so spare yourself the embarrassment of wearing a gilet.

Anyone voluntarily standing in pissing rain by a level crossing waiting to spot a delayed goods train to Hull is just trying to work up the courage to throw themselves under its wheels. Stop collecting numbers and ask for help. You wouldn’t be doing this if you were okay.