It's too late to plan a romantic Valentine's Day so you've fucked up, say experts

IF you have not yet planned Valentine’s Day for your loved one, you have already fucked up and they will know it, experts have confirmed.

The Institute of Studies found that anyone wanting not to piss off their partner has already organised a playful, romantic and bespoke present and accompanying date, and that those who have not should prepare for retribution.

Professor Henry Brubaker said: “All the nice restaurants have been booked, so it’s Pizza Express and a week of resentment for you ‘non-planners’.

“It’s too late to order a personalised bracelet or cuff links or cheese board and don’t even think about going through your holiday photos to make a coaster with your faces on. It’s not going to happen now and you know it.

“If you’re completely stuck for ideas, a marriage proposal is always a quick fix and one that requires surprisingly little thought. For those already married, a strong fall back option is a cinema trip, to minimise time spent being irritated by everything your partner says. “

He added:“Accept that this year you’ll be the one hurriedly buying a card and a bag of foil-wrapped heart shaped chocolates in the M&S Simply Food at your local train station. Best to prepare your apology and manage your expectations for the passive aggressive sex that your behaviour warrants.”

You will end up in the bin, cheese tells newly arrived vegetables 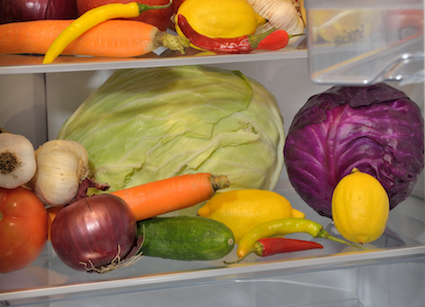 A BLOCK of cheddar has told the fresh ingredients for a healthy meal they will be ignored for two weeks before going in the bin.

The ingredients, consisting of eight different vegetables, a selection of fresh herbs and a free-range chicken, will spend an increasingly hopeless fortnight in the fridge before being dumped, even though they would take only 30 minutes to prepare.

Massive cheese, Nathan Muir, told the vegetables: “They probably took longer to find you in Waitrose than it would have taken to make the meal. Oh dear.

“Let me guess – when you were in the trolley it was all ‘I’m really looking forward to this arroz con pollo’ and ‘cooking together is such a great couples thing to do’.

“But we all know where you’re going. Because you’re not cheese.”

Martin Bishop, a leek, said: “We don’t even bother introducing ourselves when a new bottle of white wine arrives. It’s not worth it, they’re gone before the end of the night.

“We had hopes and dreams. Dave – that’s the pepper – was looking forward to being stirred in with those cumin seeds. Instead we’ll all be going into the black bag. Apart from Emma, the chicken, who needs to go straight in the outside bin because she’ll really stink.”

Bishop added: “I do think the cheese could be a bit more sympathetic. He’s a bit of a prick, actually.”