It's not you, its me, self-partnered woman tells herself

A WOMAN in a self-partnered relationship has told herself that it is not working out.

Single-positive Nikki Hollis has been in a fulfilling relationship with herself for the past eight months, but has admitted the honeymoon period is over and the time seems right to move on.

Hollis said: “It was great to begin with. I tried all kinds of new things, in and out of the bedroom, and there were no disagreements about movies or eating out. It was like I could read my mind.

“But it began to get stale and predictable. I had so much in common with myself that nothing felt spontaneous anymore, and on date night I’d just watch other couples having fun.

“Admittedly I could’ve timed it better. My parents were so happy to meet the self-partnered me at Christmas, especially after the last few boyfriends. They treated me like one of their own.

“I just think it’s time to see other people. This isn’t the end. I’ll always be important to myself.”

She added: “Oh God, I can’t believe this is happening to me again. Why? Why?” 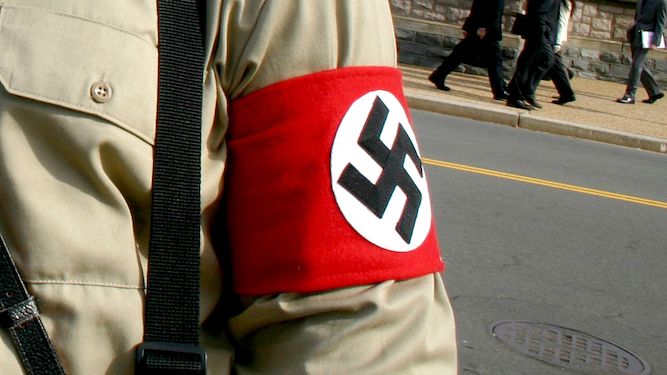 THE UK has agreed that Prince Harry was much better when he was dressed as a Nazi.

Following the announcement that the Duke and Duchess of Sussex are stepping back as senior Royals, Britain has suggested he step all the way back to the 00s when he was a fun-loving strip-snooker-playing Rommel impersonator.

Nathan Muir of Hitchin said: “Don’t get me wrong, the bird he married’s hot but she also seems high maintenance. What was wrong with pump ’n’ dump?

“The old Harry would never have been all woke, moving to liberal Canada. When he was knobbing that Chesty Davy he wasn’t bothered about the environment. Back then, he knew dressing as the Third Reich was a laugh.

“I remember when he was fighting in Afghanistan, slaughtering the Taliban, on his way to being a posh Andy McNab. And knocking off the blonde piece from The Saturdays.

“The marriage was a mistake. He should have stayed a playboy Prince, flying helicopters and living a life of international aristocratic hedonism. He’s let us down.”

When reminded of recent news about the previous Royal labelled a ‘playboy Prince’, Muir said: “Ah yeah. Good point. Probably best not. As you were, Harry.”