Leave her alone, stop bothering her and other fail-safe flirting techniques for men

ARE you a dude looking for love? You’re doing it all wrong. Flirtation expert Eleanor Shaw outlines six fool-proof methods of attracting the female sex:

Though you might have heard somewhere that women respond to persistence, they actually love a man who has the confidence to give her space – and a lot of it. Try not contacting her for six weeks and you’ll see incredible results.

Studies show that women are the more social sex, but did you know that no matter how much they like you, they don’t want to talk to you 24 hours a day? Don’t get in their faces with texts or WhatsApps and watch the honeys lap it up.

As a woman, I can confidently say that men who openly admit to fancying us are, by-and-large, pathetic. I mean, who just comes out and says that? Give yourself a much better chance by firmly saying you don’t want to be anything but friends and then sticking to it no matter what.

Us girls are more subtle than blokes, and a man being single is a bit too obvious and makes him seem an unattractive, lonely creep. Prove that you’re worth her time by going out with another woman and never, ever even hinting at any interest in cheating.

Move to another country

British men are ten a penny, particularly in the UK. An international man of mystery is far sexier, especially if the move is to somewhere remote and difficult to reach like St Helena. Play the long game. It’s worth it.

A woman will never truly feel relaxed around you unless she’s certain that you’re not trying to sleep with her. An easy way to allay her fears? Tell her you’re a raging homosexual and she’ll be thrilled. Don’t be afraid to put your money where your mouth is, either. Women love that.

Sweetbreads and other horrible things with pretty names 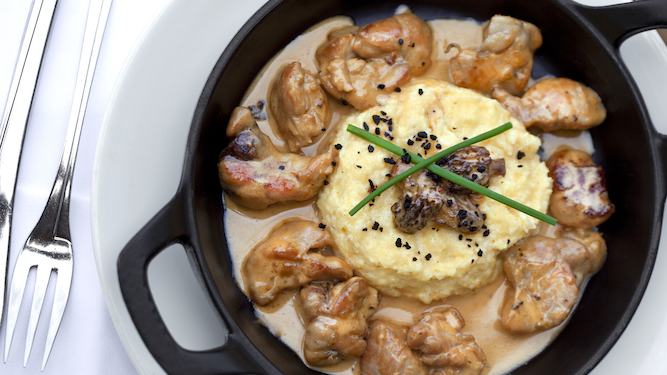 HOW better to rehabilitate vile disgusting stuff than giving it a lovely wholesome name? Here’s five examples that should be put to sleep:

They’re not bread and they’re not sweet; they’re testicles. An unadulterated lie to camouflage the least appetising bits of an animal. If your middle-class dinner party host offers you a slice of sweetbread politely explain you’re not on I’m A Celebrity and don’t have to.

Not the latest cutesy cuddly teddies, but tiny vicious insects that nibble away while you sleep in search of blood that will torture you and infest everything you own until the only safe, recommended way to clear the infestation is to burn it all.

What’s that I hear? Is it the beautiful warble of the song thrush or the repetitive scratching of sore genitalia? Why a fungal infection should be named after a garden bird is a complete mystery. Why not call cystitis ‘Hedgehog’?

Rename to: The Mould Clap.

Does it wobble when touched? Kind of. Does it taste of lime and go well with ice-cream? No. At best it will give you a horrible stinging rash, at worst it will actually kill you. Even when dead and washed-up on shore these lumps of toxic snot are still active.

Like a crackling blaze in an open hearth on a frosty day, ‘friendly fire’ offers a warm comforting oxymoron to melt away the grisly reality of killing one of your side in warfare. ‘Friendly fire’ is also the reason why most senior officers and defence ministers don’t appear on the battlefield.