LOCKED-DOWN students are dumping their partners at home or other universities at the rate of one every 45 seconds, it has emerged.

Grace Wood-Morris of Sussex University said: “You could literally walk down a corridor and hear it happening in every room you passed, the same script in different voices.

“It’s not you it’s me, I think we need time to grow, it doesn’t seem fair to restrict each other from new experiences. No one says, ‘Oh and also I’ve been banging Sophie from the next kitchen since the first night.’

“Boyfriends from home are easier to dump, especially if they’re in locked-down areas so they can’t even make a mad, romantic and unwelcome dash up to see you.

“But if your partner’s at a different university they’re most likely only on the call to let you down gently and it becomes a desperate race to be the dumper, not the dumpee.

“My final call to my ex-girlfriend at Durham ended with us simultaneously shouting ‘IT’S OVER’ and slamming our MacBooks shut. I was definitely a tenth of a second faster.” 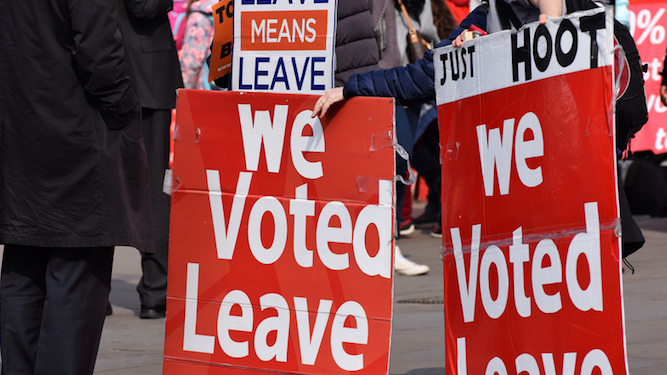 We’re heading for a fantastic no-deal

This was always the plan from the start, remember? No-deal is the best of the Brexit options because we can trade with whoever we like. We’re already making slow progress with Japan, now we just need to sort all the other countries by January. Easy-peasy.

We’ll get back our British spirit

NHS staff shortages? All those people clapping every Thursday will be rushing to become nurses. If there are food shortages we’ll just grow our own fruit and veg, even if it’s January. It’s just a matter of scattering a few seeds and there’ll be a bountiful harvest in February.

Making people hate you is a classic negotiating strategy – it’s very clever reverse psychology. By being really demanding and unreasonable, Europe will do anything to make it end. Why do you think we repeatedly elected an idiot like Nigel Farage into the European Parliament?

This shows everyone that Britain is a rebel without a cause, like James Dean. And who wouldn’t want to be friends with a cool country like that? Let’s live fast and die young – except British exceptionalism means we can choose to live fast and never die at all.

Kent has a border now

Nothing says ‘take back control’ quite like creating an unnecessary border in your own country. To the outside world this might look like poor planning, but slowing down the delivery of food is part of Boris’ plan to make us lose weight. The man’s a genius.

We haven’t solved the backstop yet

Good. This is our ultimate bargaining chip. We can use it to threaten tiny countries like America into doing exactly what we want. And nobody wants to be responsible for breaking up the union. Finding a solution to this problem would be a disaster for Britain.