A MAN has made the foolish mistake of joining in on his girlfriend’s self-deprecating joke about how terrible her hair looks.

Jack Browne made the misjudged comment after Hannah Tomlinson complained about her hair and made an unflattering comparison between herself and a fictional villain.

Browne said: “Hannah mentioned that her bob had grown out to a weird length that makes her look like Severus Snape. So I said, ‘Yeah, you look like you should be brewing potions in a dungeon. And also a bit evil.’

“Rather than laugh, she responded with a stony silence. She would have found it hilarious if I’d said it about her mum. Women are so unpredictable.”

Hannah Tomlinson said: “Everyone knows that when your girlfriend says her hair looks shit you disagree with her, not join in.

“I replied by saying if he really thought I was that disgusting, I might as well start dating his best mate instead.

“He didn’t like that. Men really have no sense of humour.” 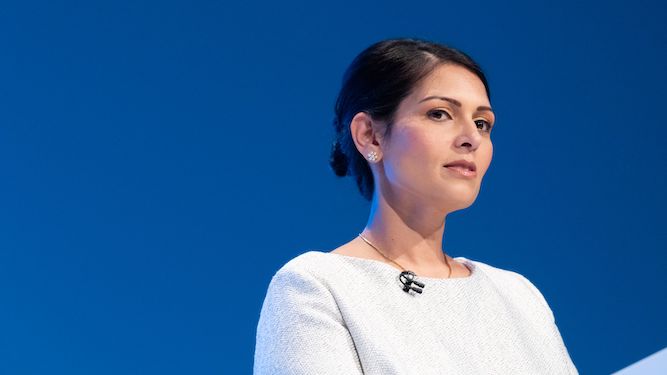 HI, I’m Priti Patel. People think I’m a bully but I have a nice side too. Here are some empathetic ideas for managing asylum seekers that sound better than ‘send them to the Isle of Man’.

My initial idea was to remake Love Island as Asylum Island but sadly Gibraltar said no. Another possibility is Priti’s Place in the Sun, which will show immigrants all the other locations they might like to live that aren’t Britain.

Send them a Cameo message from Nigel Farage

Processing asylum seekers is a costly business and it would be cheaper to pay Nigel Farage £63.75 a pop to send them all a personalised welcome message. It’s guaranteed to make them want to run as fast as they can to another country – any country – that doesn’t have him in it.

Fire them to Mars in a big rocket

Mars is probably a more habitable environment than the nasty army barracks I’ve recently been keeping people in, plus they now have that little rover robot there to show them the ropes. And if they can get back to Britain unaided, they can stay. I’m firm, but I’m fair.

If they can’t get here in the first place I don’t have to worry about getting rid of them again. A lovely, British dry stone wall around the entire coast should do it. It worked for Donald Trump. Nearly.

Shout at them and call them names

If all else fails, I’ll revert to my fail-safe plan for getting rid of people I don’t like: shouting, swearing and belittling. It will take a while for me to personally abuse every single one of them, but, my god, I’ll enjoy it.