Man on date prolonging goodbye in the hope of a snog

A MAN was hoping he might get a kiss if he prolonged parting company after a date, although the moment had definitely passed.

Office worker Tom Logan had failed to kiss Nikki Hollis after a drink in the pub, and hoped the chance might somehow come back if he took ages saying goodbye.

Logan said: “I’m sure there was a possibility of a kiss earlier but I missed it, I think. So I walked her to the station in the hope of rekindling the possibility of romance.

“To be honest I could feel my chances slipping away because in my panic I kept saying boring stuff like ‘What time d’you have to get up for work?’ and asking what the trains were like in this area.

“Finally she said ‘Sorry, I’ve got to go or I’ll miss my train’. Maybe next time I’ll just say ‘D’you want a snog?’. I’m sure that’s got to be better than telling her about my parents’ dead cat.”

Hollis said: “I’d considered kissing Tom but I’m not sure I want to go out with someone with such an obsessive interest in office hours and regional train services.”

Boris Johnson's 10 election pledges and how he will betray them 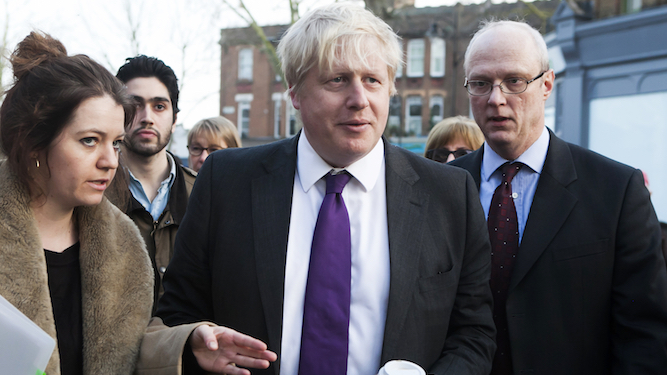 BORIS Johnson has unveiled his 10 election pledges to the public, but how will he betray every single one of them?

1. Brexit done by January 31st. The whole premise is already a lie, and Johnson will request an extension to March to hammer the point home to hardliners that they have been used and thrown away.

2. £85 tax cut and frozen fuel duty. Fuel duty will be frozen for anyone without a driving licence, saving Russian oligarchs with chauffeurs literally pence a year, and the £85 tax cut paid for by an Electoral Bribe tax of £88.

3. NHS funding increase guaranteed for 2023. Johnson will then call a snap election in 2022 without this on the manifesto.

5. Introduce Australian-style points-based immigration system. Will later announce points system covers the whole UK. Most citizens will not have enough points, and will now get paid in those instead of money or face being deported.

6. Extra funding for schools. To go directly into the pockets of private businesses running schools. Parents will cover shortfall with a mandatory half-day teaching shift every fortnight.

7. Make migrants pay more for using NHS. As per point 5 above, everybody now counts as a migrant. There will be turnstiles at A&E, a £20 fee to get in and an extra £18 for priority seating. Which is the only seating.

8. Cross-party talks to find solution for social care crisis. Johnson will tell Labour their only hope of winning an election again is backing involuntary euthanasia, then have their supporters put down.

9. Improve mobile phone coverage in countryside. Targets to be met by reclassifying landlines with extra-long cords as mobile phones.

10. Biggest review of defence, security and foreign policy since the Cold War. Russia are our friends now, Europe are the baddies, and we are taking applications for a good long ground war somewhere resource-rich. Your children will be drafted.