'Men are intimidated by you', and other lies to tell your perpetually single female friend

FRIENDS with a fundamentally undateable woman? Reassure her that it’s not her fault even though it is with these lies:

‘Men are intimidated by you’

This one’s a classic, switching the blame for her singledom from individual men to the whole of mankind, and even then it’s because she’s too awesome. It’s how you’d reassure Maleficent that she’ll find love. Loads better than ‘men don’t like you’ which doesn’t have the same girlboss connotations.

‘There’s someone out there for everyone’

Self-evidently false. Loads of people are such twats that not even other twats want to date them. Still pushing the idea that their ideal match is in LA, Brisbane or Tahiti is comforting and beats the truth that no-one wants someone who takes their shoes off on public transport.

‘These are your fun years’

The same cut-and-paste chat on the same boring dating apps, fun? Use your imagination to spin this blatant lie into a half-truth with stories of thrilling dates, crazy nights out and all the men who wish you’d shagged now you’re settled down. Make sure your partner’s not listening.

‘You’re right to have high standards’

Everyone should have reasonable standards. Ending up in relationships with coke dealers or edgy stand-up comedians isn’t something you’d wish on anyone. But demanding a bloke making over £100k who loves Disney and doesn’t mind going to bed at 9pm? Maybe she could lower the bar just slightly.

‘You just need to put yourself out there’

Unless your mate’s so shy and retiring she’s invisible this is just instilling false hope. If you put up a 48-sheet poster by a busy junction with a picture of her captioned ‘I eat with my mouth open and hate dogs’ you’d definitely get some interest, but only from fetishists. 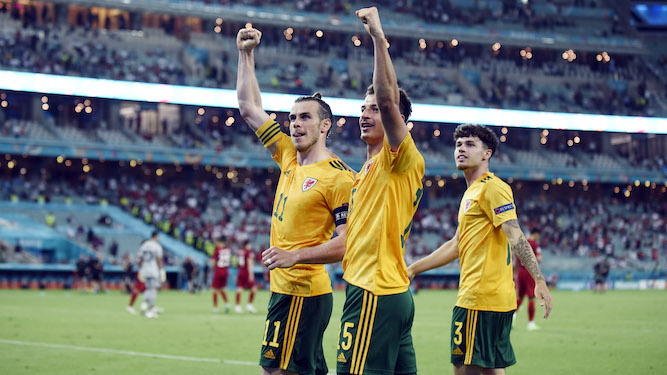 THE cocksure, entitled nation of Wales is already arrogantly assuming it will at the very least reach the final of Euro 2020.

Wales has long irritated the rest of the footballing world by acting as if it has some God-given right to triumph in football tournaments and now claims only the cup can make up for last time.

Daffyd Phillips said: “We let ourselves down in 2016. Out in a semi-final to Portugal, for God’s sake? Lesser nations would consider that success. Wales expects better.

“We’re all singing the famous hit Pêl-droed yn dod adref and making hilarious memes about it, telling the manager no excuses, and our tabloids are high on nationalism and acting like we’ve already won.

“Come on, with our players? Bale leading the line? Ramsey finding his shooting boots? Kieffer Moore emerging as the new John Charles? I’d say he’s worth more than Mbappé.

“The country of Tom Jones, Aneurin Bevan and Ioan Gruffudd? We’ll top the group, twonk the Austrians, hammer Finland, knacker France, and in the final sheer Welsh spirit will conquer all. I believe.”

He added: “Good luck with your little game tomorrow. Who knows, you could get a flukey run. England actually aren’t a half-bad side.”