No-one ready to admit friend boring since she stopped drinking

A GROUP of friends are unwilling to admit that a mate who used to be the life and soul is increasingly avoided since she quit drinking.

Jo Kramer, aged 32, gave up alcohol during the first lockdown and her circle of friends has since found her to be a pious, judgemental, self-righteous braggart.

Friend Grace Wood-Morris said: “She used to be so much fun. We’d go out and order cocktails and do crazy shit like dancing on car roofs and blagging into nightclubs claiming we were influencers.

“But now when she hangs out with us you can see the look of utter boredom in the eyes of whoever she’s cornered to tell about her yoga routine or her Etsy business or whatever else she fills her evenings with.

“We can’t drop her because she doesn’t drink. We can’t not drink when she’s out because it’s the only thing that makes her bearable. We’re caught in a very, very dull quandary.”

Kramer said: “They think I’m dull? Christ. Last time I was out, Grace told me the exact same slurred story about Cardi B liking her Instagram three f**king times.”

The wheelie bin, and other locations the Elf on the Shelf keeps turning up in 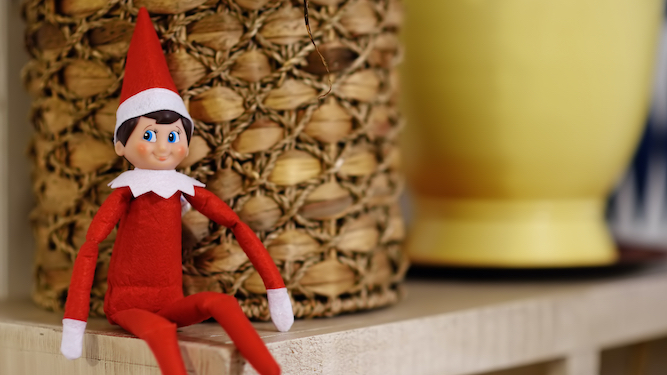 THROUGHOUT December parents are tasked with moving a sodding elf doll to new locations. Here are five places it always strangely ends up:

The bottom of the wheelie bin

Usually underneath weighty bin bags that are too heavy for your kids to lift up. They’ll sniff it out though, then you have to pretend to congratulate them on finding the extra little chore as if you haven’t got enough on your f**king plate in December. Try weighing the bin bags down with rubble in future.

Under the front wheel of your car

This will look perfectly innocent to your kids but if they had any powers of observation they would notice tread marks running across his torso. It’s almost as if someone’s repeatedly driven over his creepy smirking face. Nobody’s so petty as to take out their frustration on an innocent toy though, surely?

As your kids enjoy a peaceful slumber you tiptoe downstairs, pick up the elf doll and fling it as far as you can into next door’s garden. That’ll get the pesky prick out of your hair for a few hours before your neighbour dutifully returns it. If only they had a vicious dog to maul it to shreds.

Nobody lives on the roof so there’s no risk of him finding his way home. Instead he’ll spend a few nights exposed to the elements, and with any luck get carried away by a bird and used to make a nest. That’s if you don’t cave and rescue him after guiltily watching your kids tearfully search high and low.

‘Oh dear,’ you’ll say with mock sincerity, ‘it looks like we’ll have to say goodbye to the Elf on the Shelf because someone’s dropped him in the toilet and now he’s covered in poo.’ There’s a risk this strategy could backfire though because kids are disgusting and won’t be repulsed.