'No Tories', and other dating app prejudices which are entirely bloody reasonable

DATING on the internet? Find yourself confronted with other people’s red flags and take it personally? These dating prejudices are completely fair, actually:

Nothing says more about our moral code, way of life and personal attitudes than whether you vote Tory or Labour, so why the f**k do you think it doesn’t matter? If you’re a Conservative voter upset by the idea that your political opinions might affect your dating chances, simply imagine yourself dating a hardcore Maoist. Or a Lib Dem.

Whether or not you believe in the sanctity of marriage as an institution, a lover sneaking around behind their – let’s be honest – wife’s back is a logistical f**king nightmare. Being a cheating piece of shit is not a protected characteristic under human rights law.

Deciding whether you’re going to procreate is a massive personal decision, so berating someone either way when you firmly want or don’t want them is wasting everyone’s time and shags. Go find someone who, like you, is into the idea of either having a family or disposable income.

This policy applies to everyone who has a hobby that takes up 90 per cent of their time. Trying to date someone who’s out cycling 50km every Sunday when you’re hungover will never work. ‘Be gentle with me’ shouldn’t be followed with ‘because I badly chafed my thighs going up Burrington Combe’.

It’s great that, through the internet, you’ve discovered a like-minded community of freaks. It’s marvellous that you know so many people who like to shag dressed like soccer mascots that you call yourself ‘furries’ and feel normal. It’s liberating that you can be so honest about it so everyone else can stay the f**k away.

Sorry this happened to you, but if you want your first dance to be Thinking Out Loud go and find yourself another simpering moron and stop forcing your warped belief system on the rest of us.

How we must all learn to live with Boris, by Boris Johnson 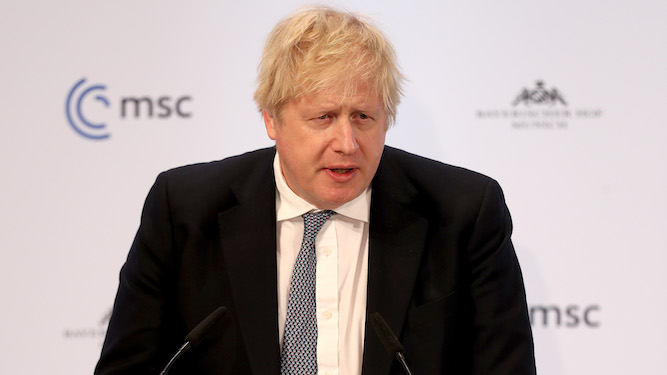 IT is unrealistic to imagine we can eradicate Boris. Every previous attempt to do so has failed. Instead we must face that Boris is now part of life and learn to live with it.

Yes, it will prove fatal to some. But there were always people dying of very similar strains of wealthy sociopath to Boris, and we have accepted and even celebrated that.

There will be those people who cannot live normal lives, such is their sensitivity to and aversion to Boris. They have our sympathy but we cannot run society for their benefit.

There are those who say that preventative measures should continue. Who place faith in antibodies the Sue Gray report and the police investigation. But these can only limit Boris for short periods, not wipe him out.

Some believe another lockdown could finish Boris. Yet the cost to us, to our economy, to ordinary British lives, will be incalculable. Far better to let Boris rip and pick up the pieces afterwards.

The country has largely developed immunity to Boris. Even the extreme shocks to public feeling caused by his parties have largely worn off. Eventually, the body is too exhausted to go through the raging effects and merely shrugs them off.

A novel politician like Boris, combining radical populism and Latin, was something the UK had no defence against. In time it will be no more than a minor irritation causing inflation and corruption of institutions.

Make no mistake, Boris is here to stay. And that is entirely your problem now.