Relentless f**king messaging: Five things partners didn't have to worry about 20 years ago

THE economy was booming, the word Brexit didn’t exist, and romance in the early noughties was a piece of piss too. Here’s what partners didn’t have to faff about with back then.

Not everyone had a phone back then, so you weren’t expected to bombard your significant other with romantic messages or a string of sexual emojis every waking moment. Even if you had a mobile, rates were so pricey that people kept their emotions to themselves, thank God.

The internet was still predominantly the domain of the military and sci-fi obsessed weirdos, meaning that couples didn’t have to construct an elaborate lie about how amazing their relationship was for friends and family to ‘like’. Although you couldn’t see if your ex’s life had gone to shit, so it’s swings and roundabouts.

Before dating apps we could kid ourselves that there weren’t plenty more fish in the sea, so being single was just bad luck. Now though, even couples are curious to see if there are any hotties in their area, so you’ve got the pressure of being a good boyfriend/girlfriend in case your partner goes off with one of thousands of potential online shags.

However average-looking or dull you were, you could still get your partner’s attention because there simply wasn’t much else going on and most TVs still only picked up five channels. These days your significant other will reach for their phone for a quick scroll before agreeing to have sex.

Posing for awkward photos together used to mean getting some hapless passer-by to snap you with a disposable camera then waiting weeks for the blurred images to be developed, so people rarely bothered. Now you’re considered weird if you go for a walk with your partner and don’t record it as if it’s a key historical event like the assassination of Archduke Ferdinand. 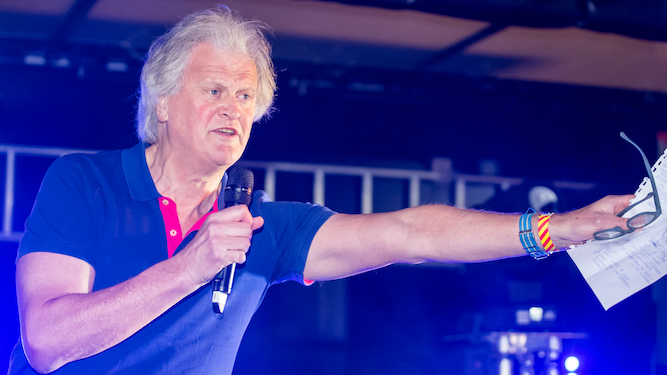 WETHERSPOONS boss Tim Martin has urged the government to set up some sort of ‘Union of Europe’ to solve his shortage of pub staff.

Under the scheme, controlled by Britain, European workers would be invited to come to the UK, lured by the prospect of serving beer to old men from 9am in the morning for low wages.

Martin said: “As a patriotic Englishman, I’m proud that my fellow Brits refuse to demean themselves by working in the sort of places I run. However, it does mean we’re short of hands to serve the cheapo fried breakfasts.

“With my ‘Union Of Europe’, young foreigners could come over here free from the bureaucratic red tape the EU has suddenly decided to impose.

“We could go back to the good old days of a few years ago when there was a plentiful supply of European labour and you never had to wait long for your microwaved chicken korma.

“There could be other benefits like free trade, which the EU has properly buggered up this year. Stuff the EU. Join the ‘Union of Europe’, or ‘European Union’ for short.”