Scientists find straight men's standards 'even lower than we feared'

THE standards of heterosexual men when choosing a partner are much lower than previously feared, scientists have confirmed.

While anecdotal evidence has long suggested that straight men will settle for any woman with two eyes and a face, new studies reveal that even this may be giving them too much credit.

Behavioural scientist Martin Bishop said: “I’ve seen some shocking data about blokes in my time, but nothing compares to the discovery that straight men will happily go out with a 30-year-old woman who holidays in Disneyland every year.

“We presented our test subjects of heterosexual males with a line-up of fifty women, and every single one said he would ‘at least shag’ all of them. Even the withered old crone who says she bites genitals that we included for a laugh.

“We predicted that men would demand a basic level of hygiene and emotional connection from a woman, but these findings blow that theory out of the water. They really have no standards whatsoever.”

He added: “Our parallel study on heterosexual women was equally startling. One woman turned every man down because none of them had the right eyebrows. I mean who cares about eyebrows?”

Couple wondering if friend with allergies is worth the hassle 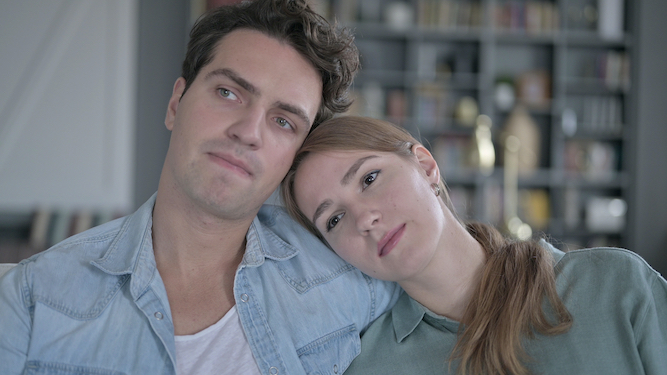 A COUPLE cannot tell if the pleasure of a friend’s company outweighs the hassle of accommodating his allergies.

Following a particularly fraught dinner party, couple Tom and Charlotte Logan are considering ditching Stephen Malley for his own safety.

Tom Logan said: “We’d invited a few friends around, and on the day Stephen piped up saying he couldn’t eat nuts or beans or something. So that was my nut loaf out the window.

“Suddenly we were scrabbling around the freezer aisle in Sainsbury’s, trying to find something that wouldn’t cause Stephen to die, which would have soured the mood a bit.

“I wouldn’t mind going to the effort for our cooler friends, it’s just that Stephen doesn’t really bring much to the table personality-wise. He can be a bit of a prick actually. One of those people where it always ends up being about him.

“He’s always having a go at me for being on my phone, but if he went into anaphylactic shock he’d expect me to call for an ambulance. It’s that sort of hypocrisy I can’t stand.”

Girlfriend Charlotte added: “I think we need to be more patient with Stephen. Anything that stops Tom from serving his god awful nut loaf can’t be all bad.”