UNRELIABLE flakes are masters of dodging the blame for their terrible timekeeping. Don’t let them get away with these excuses:

Flighty morons will often try to buy away their guilt for being late. They’ll meet you outside a cinema and apologise profusely while brandishing a Doritos grab bag to ‘make up for it’, only for you to notice that they’ve already ripped it open and tucked in. If they hadn’t popped into Spar to get them they’d be on time anyway.

The term ‘free spirit’ sounds liberating and magical, but it actually means that someone hasn’t got their shit together. Self-described free spirits are fun on a night out and completely useless in the real world. Which is a serious problem because that’s precisely the plane of existence they live on.

Claiming that time is an illusion

This is the go-to excuse for a particular kind of twat who styles themselves on their favourite philosopher, Russell Brand. Time may technically be a human construct, but that is scant consolation when you’re on your third pint alone in the pub because they’re over an hour late. Money’s a construct too, yet they’re strangely uptight about buying a round.

Some flaky pricks will blithely show up late and instantly start regaling you with stories of their ‘ker-azy’ journey. They’ll say they had an inspiring conversation with their taxi driver about love, helped to reconcile an arguing couple, and even achieved enlightenment in a Whimpy. You, meanwhile, silently got the bus to your agreed destination, for the correct time.

The most infuriating arseholes will completely fail to acknowledge that they’re an hour and a half late, even though you tried to call them seven times and left dozens of increasingly irritated voice notes. Who’s the real idiot though, them for being constantly late, or you for still being mates with them? 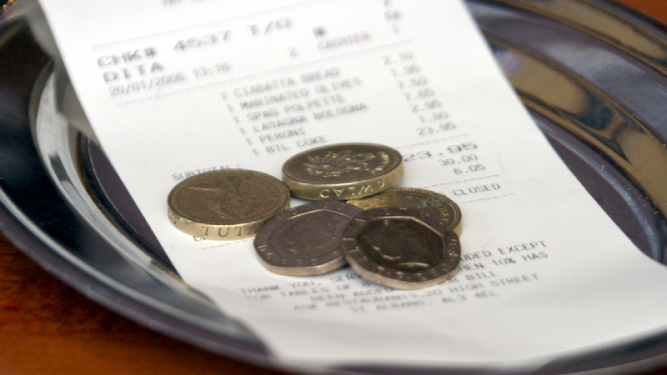 A MAN who never knows when it is appropriate to tip always decides it would be less embarrassing not to, friends have noticed.

Tom Booker of Crewe suffers such an agony of indecision about tipping too little or too much, too early or too late, that he adroitly sidesteps the issue by never tipping at all.

Friend Joanna Kramer explained: “It’s a very specific form of social anxiety that only hits Tom whenever he has to calculate the gratuity for service staff.

“In restaurants he’ll start working out random percentages when handed the bill, before taking a fiver out of his wallet and putting it back in. Then he’ll walk out with an uncertain backward glance, doubting whether he got it right in leaving nothing.

“When handing cash to taxi drivers you can see his mouth move noiselessly as he wonders what to tip. He might be summoning the courage to say ‘keep the change’ but he never does and just pockets the cash instead.

“It’s a shame he finds these moments so difficult to navigate. And a shame he ends every night out with a £20 profit.”