A SINGLE woman in her mid-30s with no kids cannot tell if she is winning at life or a complete and utter loser.

35-year-old Lucy Parry is largely content with her relationship status and child-free lifestyle, but is bombarded by conflicting messages that make her feel worthless on a daily basis.

Parry said: “On the one hand I’m girlbossing my life by living on my own terms, yet on the other I’m a spinster in the making who needs to get her shit together. Which is it?

“I turned to Cosmopolitan for some advice, but all it did was reinforce my contradictory feelings of triumph and defeat while teaching me adventurous sex positions I’d have to be a slut to try. It’s like there’s a whole industry built on these paradoxes.

“If I don’t figure out how I’m supposed to feel then I’ll stay frozen in these emotional headlights for the next 50 years and never truly enjoy myself. Which all the magazines say not to do.”

Parry’s married friend and mother of two Emma Bradford added: “Whenever I think of Lucy’s situation I can’t help but sympathise with her. The tragic, lucky cow.” 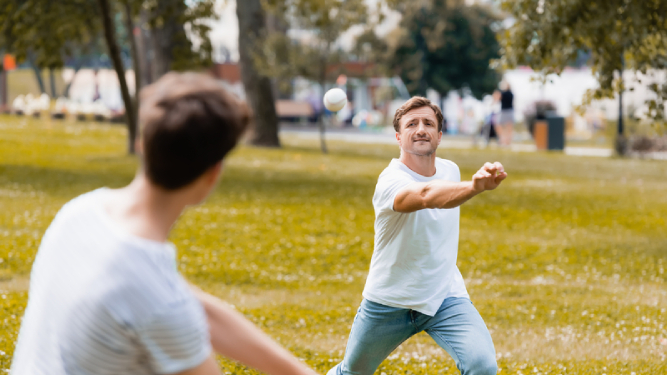 A FATHER and son tossing a ball back and forth are the most basic bitches in the park, onlookers have agreed.

The pair’s faltering conversation and failure to come up with any activity other than repetitively throwing the ball has seen them judged by everyone else in the park, other parents included.

Grace Wood-Morris, aged 17, said: “Oh my God, so f**king basic. Could they be making any less effort? Tossing a ball. Well done. You have reached zero.

“Don’t look now, but the dad’s trying to bond. He’s just asked his son if he likes making model planes. This is so cringe. I have to film it, TikTok will lose its shit.”

82-year-old Mary Fisher, who walked past the pair, said: “They could at least use rackets, or bounce the ball off a tree or some shit. It’s like throwing and catching is the top level for these hos.

“Okay this is perfect, the son dropped it? And he’s sat down, like he’s exceeded his programming? And now the dad’s offering him ice-cream? And it’s f**king vanilla? These two make a vitamin advert look deep.”

Father Stephen Malley said: “We had a lovely time at the park. And now we’re going home.”