The dad's guide to saying the wrong thing

DADS have an uncanny ability to say things that make you want to curl up and die. Here 55-year-old accountant Stephen Malley lists some of his favourite expressions for putting his foot in it.

What’s up, has someone died?

This is a great way of cheering up a group of glum-looking friends in the pub. It’s classic dad banter which works every time. Except on those two occasions when someone’s elderly parent had died. On reflection I probably shouldn’t have added ‘At least they had a good innings’.

Whose godawful child is that?

I said this to my wife while watching a five-year-old in a school play. It turned out the boy’s parents were sitting behind us, leading to a tense moment during the interval. Who’d have thought parents would turn up to see their own child in a play? And you’d think they’d have laughed at my hilarious impression of his dreadful Estuary accent.

Did the diet not work out then?

I assumed that chatting to younger female colleagues about their frequent diets would build a rapport in the office. But apparently saying this to a larger lady is ‘inappropriate’. Next time I’ll keep the tone humorous, and just say ‘Looks like we’re going to have to put a lock on the biscuit tin, Julie!’

You look terrific for your age

It’s amazing but some of my wife’s friends still look attractive in their 50s. So you’d think they would enjoy having this pointed out to them. And for some reason my wife starts staring daggers at me. Women are wonderful because they’re such an intriguing mystery.

Thank God, I thought you were Welsh

Not long ago, my teenage daughter brought her boyfriend back from university and I could not place his accent. It turns out he just had a high-pitched voice, but when I forced him to explain this and quipped about Wales a strange atmosphere descended which I can only describe as ‘very awkward’. Still, you live and learn. Or not, in my case. 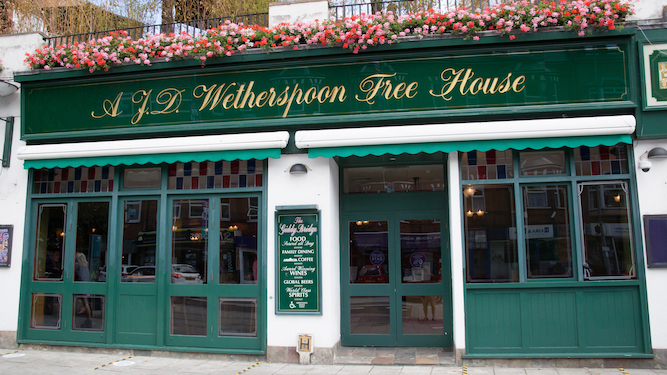 THE Labour Party has been running every policy past three angry Boris Johnson supporters who would normally be in Wetherspoons, it has revealed.

Norman Steele, Martin Bishop and Bill McKay were recruited two months ago because they are the type of voters the party needs to win back, and have been listened to uncritically ever since.

Due to lockdown restrictions, Labour strategists have even created a replica of their favourite Wetherspoons in Stoke in which they gather for a 9am pint to decide Labour policies.

Steele said: “I voted Brexit because I’m not having Belgium deciding what shape my sausages are. I’ll have another Old Peculiar, thanks.

”When my thoughts were passed on to Keir he immediately understood my concerns and decided to wave a hard Brexit through. I’m still voting for Boris, mind.”

Bishop said: “As a white, working class man, what worries me most is a rise in corporation tax. And Keir agrees. He’s still a commie bastard like Corbyn so I’m voting for Boris, though.”

McKay said: “I can’t take politicians seriously unless they’ve got Union Jack curtains like I do. When Keir sings ‘Rule Britannia’ in parliament he’s got my vote. If he joins UKIP.”