The seven levels of panic when your girlfriend says 'I'm fine'

FEW statements uttered by a girlfriend put you on edge like the festering ambiguity of ‘I’m fine’. Here are the seven levels of panic you’ll experience when you hear these words.

Your girlfriend has just informed you that she’s fine, but the tone of her voice seemed imperceptibly different to other times. It’s probably nothing. She said she was fine, didn’t she? Didn’t she? The seeds of paranoia are sown.

Although she said she was fine, you feel a little strange. But she must be okay because she’s said nothing since. If there was a problem you’d know, wouldn’t you? Or are you an emotionless robot who misses obvious human feelings? Fret about this for a while.

Something’s wrong. You asked again and your girlfriend said she was fine again. But in an ever-so-slightly higher pitch. You’re no Sherlock Holmes but this feels like the time when you cracked an inappropriate joke to her parents and they said it was fine. Bestiality jokes are all wrong during Christmas dinner, with hindsight. Oh shit!

You’ve definitely done something wrong. But what? You’ve stopped drinking milk from the carton, you clean the toilet seat when you remember, and you now close your dressing gown properly when outside. What could possibly be wrong? Think! Think!

Maybe it’s something you haven’t done? You haven’t forgotten her birthday because she reminded you every day for a month before, and that was… well, it’s certainly not been a year. Could it be one of those fabricated ‘two years since our first kiss’ anniversaries? Are you supposed to be taking her out? Who the f**k knows? Just ask if she’s fine. No, don’t. But do.

She told you she’s fine again, but with no eye contact and an even more subtle rising inflection. You’re utterly f**ked. Does she want kids? Is that it? Tell her you can have seven kids, starting this afternoon. No, get a grip.

Your heart’s pounding like a jackhammer and you’re projectile sweating. As you collapse into a full-blown emotional meltdown you ask your girlfriend one more time. Mercifully she responds with: ‘I will be fine when you stop f**king asking.’ So, like a dick you ask again, just to be sure.

When to put the knife in, by Michael Gove 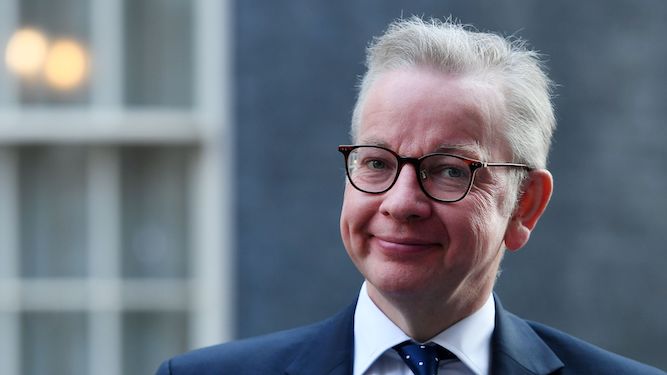 HELLO, Gove here, taking bookings for hook-ups. But when I’m not enjoying single life I like to lurk in the shadows and betray. This is how to pick your moment.

Wait until your victim is feeling good

A man on the ground won’t even notice your blade going in. And that’s no fun. Allow your good, trusted friend who confides so much in you to recover, to rebuild, to believe he’s turned a corner and is going to beat the odds and triumph. Then strike.

One act of perfidy is a gnat’s bite, especially if your target is well used to barbs from former colleagues, underlings and indeed mistresses. Let’s face it, there’s more than one Judas in these disciples! Get a whole group together, like Brutus with Caesar, and make a backstabbing party of it. Catering can supply canapes.

It’s always good form to have reasons when slaughtering a valued friend like a hog. Line up a few and trot them out as your duplicity dawns in his little piggy eyes: ‘It’s for the good of the party’ or ‘You’ll be happier back at the Daily Telegraph’. Untrue of course. Betrayal is its own reward.

A good traitor has plenty of time for his targets. He befriends them and learns from them before killing them, and this is a little tip I picked up from my next victim: just deny it. Even with your hand on the hilt of the knife in his back, be outraged. Be as angry as he is about these turncoats. It only adds to the savour.

Remember, the process of making a friend, becoming an ally, putting that minor blip in 2016 behind you and becoming a trusted confidante in the heart of government takes time. So make sure you pause, mid-double-cross, to relish every delicious moment as the blond goon goes down, mouth open and closing like a fish, reaching out to you. Mmm.

It’s so easy to get carried away with the sheer thrill of bloodletting. That was my mistake last time and I’ve paid for it since. So, once your close personal friend is down, his back bristling with daggers, go over and make sure he’s dead. Whisper what an honour it is to make the killing strike. Then, if you’re anything like me, you’ll fancy a shag.