The six worst reasons to hear from your ex

‘TIS better to have loved and lost, and even better to never hear from your ex again. Especially not if they get in touch for these reasons:

They’ve worked out why they dumped you

The initial break-up was a textbook case of meaningless platitudes: they even said ‘it’s not you, it’s me’ and expected to get away with it. But now, after some rumination, they’re coming back to you with a full analysis of your character flaws including graphs. You are not invited to reciprocate.

They’re ready to give it another go

They dumped you. But apparently the grass was less green, the sea denuded of fish and they’ve had all the space they needed so badly, because they’re back and loftily gifting you a second chance. And having spent the weeks since the split swiping through duds on dating apps, you’re tempted. To get dumped again.

Breaking your heart made them feel bad about themselves, which is apparently your problem, so they’re sniffing around for forgiveness and an ego boost. The conversation will focus on how much happier they are, how toxic you were, how bad you should feel about that and for how long. Their closure will never require one last shag.

They’ve got an STI

There’s no way to coyly drop this into conversation but your ex is too awkward to be upfront about it. So you’ll sit through a healthy, adult dinner together where you’ll start to believe you really could still be friends, then they’ll say ‘So, does it burn when you piss?’

They’ve met someone else and the sex is fantastic

Can be disguised as a desire for friendship, returning some of your stuff, or not wanting to leave on bad terms but really it’s a desire to inform. Like Kano’s finishing move in Mortal Kombat, where he tears out his opponent’s still beating heart and holds it high in his hand.

Ah. Game over. Far from never having to see your ex ever again, you’re now locked into a life of co-parenting because you were too lazy to pull out. Wave goodbye to your bachelor lifestyle of watching films all day and say hello to the parental duties of watching children’s films all day.

Why the moral thing to do is nothing: Priti Patel explains 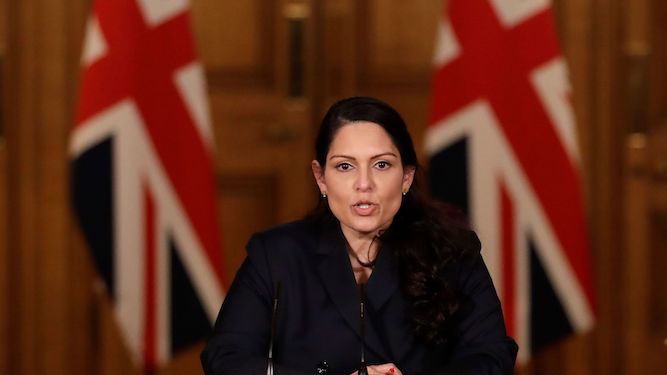 by Priti Patel, member for Witham and home secretary

SOME of you – the wrong ones – are getting worked up over what is happening in Kabul. Let me explain why doing nothing is the moral thing to do.

When you act in haste you repent in leisure. Look at Jamaica – we let all those people in simply because our post-war economy needed them, and decades later it’s caused me all kinds of trouble.

It’s incumbent on us to provide a good example. Yes, we could act immediately in the face of this humanitarian crisis. But recalling parliament and scheduling a good long debate is a beautiful demonstration of how democracies function.

And when you see those desperate crowds at the airport, storming planes in fear for their lives, notice what you’re not seeing. That’s right, anyone forming a polite and orderly queue. This shows me they’re not aligned with British values.

Also, what happened to second chances? The Taliban might have changed. If people aren’t given the opportunity to atone for their mistakes, I wouldn’t be in government after getting kicked out the first time, which would be a tragedy.

So once again, like when we joined the invasion in 2001, Britain will be taking the moral high ground.

If it is as bad as everyone says and another invasion is necessary? Then Britain will once again be front-and-centre, bombs ready and guns cocked. America won’t need to ask twice. Because we do the right thing.