ARE you both pathetic and pathetically underpaid? Trying to work up courage to ask for a small raise? Here’s how to cringe and beg:

Be more subservient than usual

Your boss needs to know what you’re bringing to the table. That won’t be new ideas or income streams, but it could be a level of obsequiousness that makes Doctor Doom’s underlings look bold and forceful. Try to develop involuntary moans and terrified facial tics.

Whisper into their ear at night

Asking directly will never work, so why not try the Inception gambit? If you can’t get into their mind, get into their house and murmur ‘A little extra cash every month and their car might not offend you so much when you’re forced to walk past it. Maybe they could afford a second pair of trousers.’

Accidentally forward an email of praise

Got something done unusually quick and been praised for it? Forward the relevant email to your boss. That ‘Cheers’ from a client will either have her spontaneously giving you an extra £3,500 a year, or will be ignored, deleted and never mentioned again.

These are tough times and your boss needs to be sure you really deserve this. Come into the office in rags and eat a raw potato for lunch, thus presenting yourself as someone who desperately deserves at least a five per cent pay increase before tax.

If you’re coming to the end of your annual review and there’s been no mention of pay,  start snivelling and don’t stop until they agree that yes, you can have your piddling little pay rise if you’ll just stop leaking mucus on their desk. They’ll hate you for it, but then you hate having no money.

Arsehole to spend rest of 2021 boasting that she went abroad 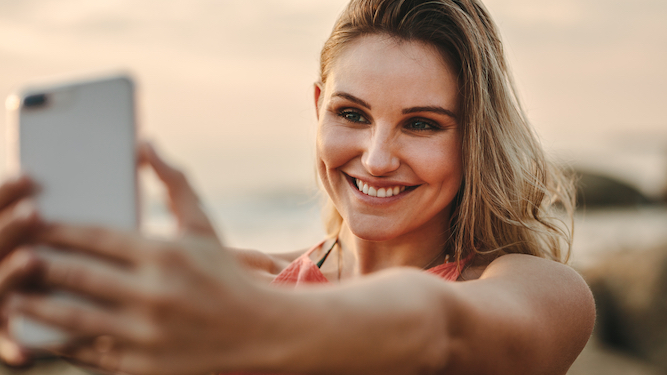 A WOMAN just back from Majorca has confirmed she will spend the remainder of the year going on about it to everyone.

Donna Sheridan is making clear to everyone she meets that she, for one, was not reduced to holidaying in a remote corner of Northumberland like a f**king peasant.

She continued: “I spent the money, I took the risk, it paid off and I will be lording it over everyone for the next eight months minimum.

“I took enough pictures to keep my Instagram boastful right through December, legs by the beach, selfies in sunnies, yoga at sunrise, all that shit. Hashtags #blessed and #itwasworthit.

“It’s so satisfying that we spent a fortnight enjoying artisanal ice-creams in Mediterranean heat while you trudged miles in the rain for a Solero. And I achieved it by simply ignoring all guidelines while casually spending money I might not get back.

“The holiday was shit. I broke my phone dropping it down the steps of some shitty old temple and argued with Nathan the whole time. But it was so worth it.”