Virile, dashing young bachelor back on the market, announces The Sun

THE Sun has reported that Rupert Murdoch, a virile young buck with an impressively large dick, is back on the market.

Underneath the headline ‘Mega-cock Murdoch ditches gold-digger Jerry Hall’, the paper outlined how it expected its owner to be inundated with advances from nubile single women who are young just like him.

Sun editor Victoria Newton said: “It’s the day every woman in the UK has been waiting for. Finally we’re in with a chance with the most eligible man about town who’s hung like a horse on steroids.

“Just look at him. Who wouldn’t want to shack up with this sprightly Antipodean Adonis? I’m getting wet at the thought of running my hands over his liver spots. Dear Deidre’s going to be flooded with letters asking how to get this hunk into bed.”

Sun reader and Murdoch admirer Nikki Hollis said: “I was on the phone to my girlfriends the second I saw the news. We were all hysterical with excitement as we started planning our futures with him.”

Tomorrow’s Sun corrections column is expected to read: “Knackered Emperor Palpatine lookalike Rupert Murdoch is in fact 91 years old and has a member like a shrivelled chipolata.”

How to cover rail strikes as if they're history's most unprecedented outrage: A media guide 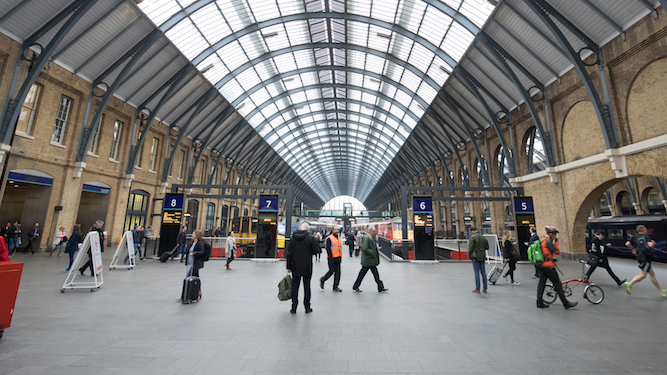 THIS week’s train strikes are the equivalent of a meteor hitting earth and wiping out humanity, if you’re a TV news reporter. Here’s how to hysterically cover them.

‘Normally at this time Waterloo would be thronged with commuters. But today it is empty. I don’t understand, why aren’t they here? Because they can’t get trains? Are they really that shallow and disloyal? Without footfall, how can this branch of Hotel Chocolat possibly hit sales targets?’

Be entirely unfamiliar with the concept of striking

’So you say you’re withdrawing your labour to force – to actually force – your bosses to pay you more? What’s more, you’ve organised into what you call a ‘union’ so all your colleagues do the same? And you think that’s legal? Stay there. I’m calling the police.’

Weep at the suffering

‘This is Nathan of Coventry, who’s been brave enough to share his story. Nathan, you have tickets to see Les Misérables, don’t you? But your day of shopping and a West End show has been ruined by having to drive here? Because of the power-crazed rail workers? Nathan, you’ll never heal from this and nor will I.’

‘We’ve received word that train strikes are taking place across the country, affecting stations including Euston, King’s Cross, Liverpool Street, Paddington, Victoria and Charing Cross. And also Glastonbury, which Londoners attend. Stay with us for updates.’

Look for the real reason

‘There are also rumblings that teachers, postal workers and nurses may join this strike, claiming low wages and high inflation mean they have little choice, which is a lie. This is a Marxist coup which must be beaten back by paid strikebreakers with pickaxe handles. We’ll stay on the scene until that happens.’

Where will it all end?

‘There are more strikes planned for a fortnight’s time, which may as well be airstrikes directly on the homes of hard-working Britons. Millions of us have already been devastated by these attacks on everything good and decent about the country and it’s not over yet. I am a war correspondent now and I do not expect to survive. Susan Traherne, for ITN.’