A WOMAN who agreed to her boyfriend’s insistent requests for an open relationship is completely smashing it, she has confirmed.

Lucy Parry, aged 23, who only agreed with boyfriend Jack Browne’s repeated requests that they both sleep with other people to shut him up, is now outscoring him seven to one.

“Since then Jack’s shagged that girl off the internet who doesn’t message him any more, and I’ve been on 18 dates in high-end restaurants with severely hot guys. Great call, Jack.

“It’s amazing the sheer quality of cock you can get with ‘open relationship looking for fun!’ in your bio. When you’re a woman. Who pays no attention to her jealous boyfriend’s glares as she flirts with them while he’s watching Reacher.

“He’s hinted that we might want to ‘bring the experiment to a close’. Mm. Not really your decision, is it, dude who can’t get a shag? It’s over when I say it’s over, and I just swiped right on a dude who’s six foot eight. So it’s not over.”

Browne said: “There’s actually no such thing as ‘winning’ a non-monogamous relationship. It’s based on mutual trust and respect. So nobody’s winning and Lucy should stop now. Please.”

6am wake-up, and other ways kids are weekend dickheads 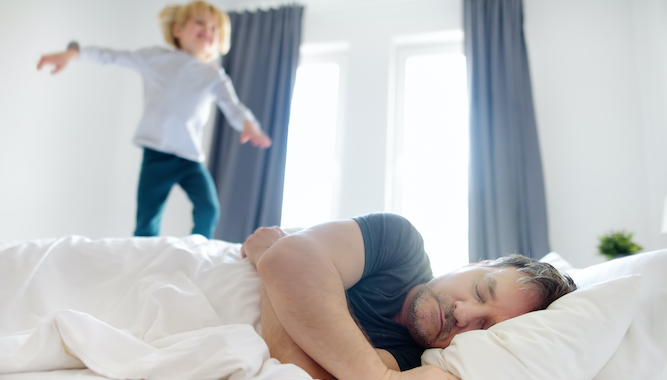 CHILDREN are annoying enough during the week, but at the weekend they find new ways to irritate you. Such as these:

During the week it’s all you can do to drag your kids out of bed, wrestle them into school uniform and boot them out the door. On the weekends though they’re up at 6am with the TV on full blast and they’ve probably already set fire to something. That’s if they’re not punching you in the face and asking you why you’re still in bed.

Being bored and hyperactive

Weekends are a time of rest and relaxation. Unless you’ve got kids, in which case you’re subject to their capricious whims. These can range from providing them with unending entertainment to lift their moods, or restraining them as they dash around of the house in a hyperactive frenzy. Roll on Monday when they’re the school’s problem again.

Your own kids are tolerable because deep down you do actually love them. Other’s people’s kids can go f**k themselves though, especially when they’re in your house, eating all your food and breaking everything in sight. You can’t even tell them off either, unless you want to become the villain of a judgemental parents’ WhatsApp group.

Kids are too young to watch films that are any good, and to add insult to injury they’ll make you sit through their favourite movie several times on a loop. Before long you’ll be able to recite the likes of Frozen and Sing 2 from memory, which would be impressive if it wasn’t so useless.

To a child, pubs are dull places devoid of slides or ball pits. This means you can’t spend all day in a pub with a child, instead you have to take them to a soft play centre and piss away hours of your life. Their wellbeing is more important than yours though, so you have no choice but to suck it up.