Woman unsure if sex drive is diminishing through age or husband

A WOMAN is unsure whether her sex drive is decreasing due to her advancing years or due to her husband being a bellend.

Having grown concerned that her near non-existent interest in sexual intercourse was due to reaching middle age, Nikki Hollis began to suspect that it was actually caused by her husband Martin being repellent.

Hollis said: “I’ve heard that your sexual appetites change as you get older, but I think this has more to do with Martin having a mid-life crisis and buying a leather flight jacket. He doesn’t look like Brad Pitt in Fight Club, he looks like Jeremy Clarkson. Or Fonzie.

“I recently went to the doctor to see whether it could be a menopausal thing, and she initially said it was likely. But then she caught sight of Martin in the waiting room and said maybe there were ‘complicating factors’.

“Why should my body get all hot and bothered in anticipation of three to four minutes of perfunctory sex with a man who gave up looking for my clitoris in 2003? Thank Christ for vibrators and Outlander, that’s all I’ll say.”

Martin Hollis said: “I can only presume she is so sexually gratified from our thrice annual love-making sessions that all her needs are catered for.” 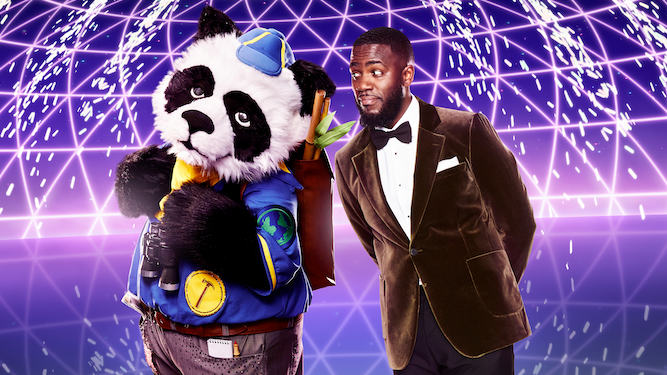 TELEVISION’S golden age doesn’t have to be ground-breaking. Forget critical analysis, these are the shows to watch like your skull hasn’t formed yet:

If listening to white noise can help babies sleep, then being bathed in the sound of the Australian version of this morally depraved reality show is perfect for relaxing the adult brain. Listening to people saying ‘I came here to find love’ 40 times an hour is basically meditation.

Stop lying, you’ve never known for one second what was going on any time you’ve been plonked in front of a Jed Mercurio show. Enjoying a man saying silly words in a silly accent then getting excited when the music gets all loud is basically the same as watching Sesame Street.

No explanation needed for this one, as The Masked Singer is pretty much designed for babies. It has funny costumes, loud music, and an unveiling every episode that’s a high-concept version of peekaboo. You’re basically watching Teletubbies, except with more Rita Ora.

People say Attenborough documentaries are educational, but you haven’t retained one fact from the hundreds of hours you’ve watched. You’ve been too busy being distracted by the fluffy baby penguins or the funny little lizards like the oddly tall toddler you are.

This is a programme about watching shiny little disks fall down, and seeing if that will make others fall down, during the daytime on a weekday. And that’s before you get to the trivia, aimed at an audience with a mental age of two. Perfect for drooling adult infants like you.