A WOMAN who tuned out her friend’s whinges about her love life five minutes ago is having a stab in the dark at some sage advice.

Nikki Hollis was meant to be paying attention to friend Emma Bradford’s story about her latest relationship drama, but was instead thinking about Brexit, what she had in the fridge and Alexander Skarsgard.

She said: “I snapped back to reality when Emma said ‘What do you think I should do?’ As ever I held back my real feelings ie ‘Stop dating dickheads,’ so had to improvise.

“I went with ‘take it one day at a time’ to begin with, then told her ‘be true to you’. She seemed to like that, so I went full bullshit with ‘you’ve got to love yourself to believe you deserve to be loved’.

“By this time she was looking at me like I was some kind of wise old guru but then asked ‘So I should dump him? For that?’ and I nodded. I’ve no idea what he did. Doesn’t matter now, I guess.

“I rounded things off by adding ‘it’s all just part of your journey,’ which I got from The X-Factor. She lapped it up.”

Hollis added: “I need to get some better friends.”

Defeat-addicted government doesn't know where to go for next fix 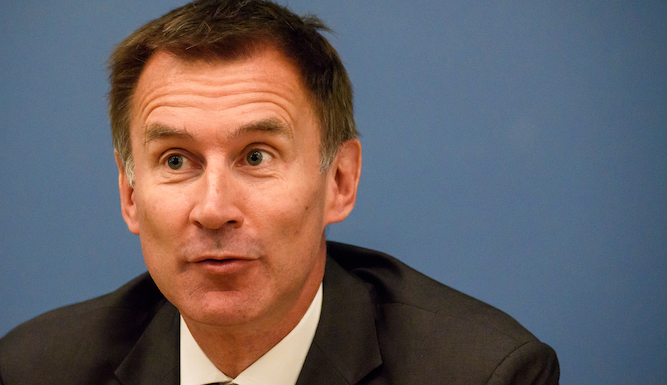 THE government has admitted it is addicted to parliamentary defeats and is already jonesing for another one.

Cabinet sources said that after John Bercow, known to MPs as ‘the Sugarman’, refused to let them put their doomed Brexit bill back in front of the Commons they are desperate for another hit.

Jeremy Hunt said: “The first time we suffered a massive, humiliating parliamentary defeat we swore we’d never do it again. But within a month we were back for another one.

“We were going to have another one this week, then next week, then probably two or three the week after but now we’ve been left without anything and we’ve got the shakes. We’ve got them fucking bad.

“I don’t give a shit what it’s about. I’m willing to put my name to a private member’s bill outlawing living indoors if I have to, as long as that sweet, sweet No lobby gets filled.

“Please. I can’t go another 24 hours without parliament fucking me up. I’ll take a defeat in the Lords if I have to. Anything.”

The prime minister said: “I’m in touch with my connections on the continent. They’ve promised me some hardcore shit that will turn the whole Commons against us.”