A WOMAN who has never met her ex’s new partner has managed to accumulate an entire file of detailed information on her.

Emma Bradford has told all of her friends that she ‘couldn’t care less if Tom has shacked up with whatsherface’, despite knowing that ‘whatsherface’ is named Anna Lucia Melanie Smith is 28 years old, three months and two days and lives at 32b Southall Avenue, Manchester.

She said: “I’ve moved on. It’s his business if he wants to date some tall, leggy brunette with a 2:1 in Law from the University of Leeds.

“If anything, I feel sorry for him. She has asthma, so good luck to him dragging her on all those long, boring nature walks he loves so much.

“Also, she’s only pretty in about 72 of her Instagram pictures. The other 43 are iffy at best. There’s one where one eye definitely looks smaller than the other.

“And who’s that guy she’s hugging? Sure, she says it’s her brother, but we all know she’s a skilled liar – when she was seven she pretended to have a pet dragon called Smokey for three whole weeks.”

Bradford was last seen outside of the couple’s home, where she had come to ‘wish them well’ and have a quick look through the bins.

Couple brought together by shit sense of humour 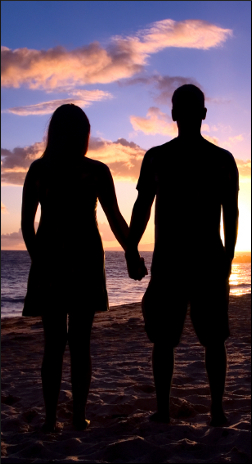 A COUPLE enjoy a very successful relationship thanks to sharing the same dreadful sense of humour, they have revealed.

Tom Logan and Nikki Hollis are blissfully happy together and laugh constantly due to finding shit things hysterically funny.

Office manager Hollis said: “I first met Tom when we were seated next to each other at a wedding. After his 14th pun, I instinctively knew he was the one for me.

“He finally plucked up the courage to ask me on a date and I couldn’t stop laughing because he put a prawn on his fork and kept going ‘I’m a prawn!’ in a high-pitched voiced over and over again.

“We discovered we liked all the same things – Mrs Brown’s Boys, ‘Keep Calm and Carry On’ products and Steve Wright in the Afternoon.”

Marketing consultant Logan said: “Nikki has an amazing sense of humour. If Donald Trump is on the telly she’ll say ‘Donald Trump? Donald Fart more like’.

“Our perfect evening together is curling up on the sofa and laughing at all the funny adverts for comparison websites.”