LONELY? Here are the four of worst ex-lovers to start a texting spree with now you’re feeling unloved in lockdown:

The one you went on two Tinder dates with

This one seemed fine until you went back to their house and they showed you a lock of hair from their ex they’d been keeping. There was also the creepy doll collection. Still, maybe it’s interesting to step inside the mind of a possible psychopath while you’re safely stuck indoors.

The one you just broke up with

This was the one you were going out with right before the lockdown, who called it off because they didn’t want to spend three months indoors with you. On the upside, it’s pretty fresh emotional hurt so there’s lots of drama for you to text about. Also they might spice up the group chat on FaceTime, which at this point has descended into funny faces and pet-showing.

The one you went out with for two years

This one is the most painful because there are still quite a lot of unresolved emotional issues, such as them cheating on you with your best friend. Still, at least they’ll get your name right while texting and you won’t have to explain the weird mole on your arse if you resort to sending nudes.

You went out with them for six months at school. You know little about them now apart from the fact they’re an ‘entrepreneur’ who’s into Bitcoin and they’re constantly sharing adverts for genuine RayBans on Facebook. You could regret contacting them if they’re a total cock now, but you’ve got to step outside the bubble once in a while, right?

No one cares about your home workout, Britons told 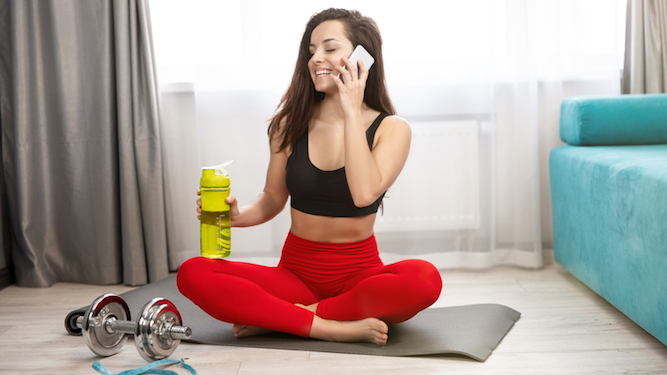 NOBODY gives a shit about the fitness regime you are doing at home and they never will, it has emerged.

Britons are telling people working out in their home gyms or gardens to please stop banging on about it, however pleased with themselves they are.

Nikki Hollis said: “If you are getting fit during lockdown, good for you, but it’s still boring like it was before the coronavirus.

“It’s great that you are enjoying yoga in your garden while I attempt to type up a three-page work report and homeschool my kids but I do not need to see a video of it.

“And while I’m happy that you have greatly improved your running time in two weeks I do not need to see a constant stream of screen shots from your fitness app.

“Today my home workout is taking a conference call while getting snacks for a bunch of hyperactive children but you don’t see me posting about that on Facebook.”

Home exerciser Ellie Shaw said: “Putting up all these pictures of my gym mat is giving my fingers an incredible workout.”