MORE than a quarter of a million twitter accounts were temporarily interesting, it has emerged.

The social media site admitted that hackers gained access to the self-absorption catapults before realising that it was an utter waste of time.

A spokesman said:  “We regret to confirm that some of the accounts may have been used to say interesting or original things.

“But for the vast majority the mere fact that they were hacked will forever be the most interesting thing about them.”

6 Music 'regrets trying to be good' 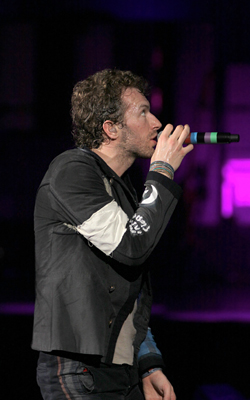 BBC 6 Music has closed after its listeners voted Clocks by Coldplay their favourite track.

The station prided itself on playing cutting edge music. Industry insiders now believe this was a complete waste of time.

Soon after announcing the result, DJ Steve Lamacq was heard muttering “Whats the fucking point, before the station suddenly went off the air.

Fellow DJ Mark Radcliffe added: We only put Coldplay on the list so they would come last and we could pat ourselves on the back.

“Tragically though it turns out we were just Heart FM for students and people who buy their jumpers in Jigsaw.”

Another DJ, Mary Anne Hobbs, believes the closure came at just the right time: This weekend Id have had to gush enthusiastically about the new My Bloody Valentine album, which is as pleasing to the ear as a washing machine spinning a brick.

“Now I can stay home and listen to proper music like Olly Murs.

6 Music listener Tom Booker said: I liked the station because it made me feel cool but my favourite bits were the news and the time checks. The music was a bit weird to be honest.

They were obsessed with a singer called Richard Hawley  Im not even sure he’s real.

Media analyst Francesca Johnson believes the stations closure could have drastic implications: Most of the DJs were ex-musicians.