Following an incident where an inmate was deliberately sawn in half, the quasi-Victorian detention centre will close and re-open on new premises at the more progressive London Open Dungeon.

Despite a popular perception that the prisoners at the London Dungeon were lifelike waxworks, they were in fact real convicts kept on display as an example to the general public and overweight American tourists.

36-year-old former London dungeon inmate Stephen Malley said: “It was horrible, there were skeletons everywhere, just lying around the place.

“They deliberately gave me leprosy and painted my teeth black so that I would ‘look more frightening’.

“I would clutch the bars of my cell door and scream at passing families but they just recoiled in semi-ironic terror.

“If you annoyed the guards they would put you on the rack. They even have a member of staff whose job title is ‘the torturer’.

“Worst of all, there was no broadband we were all dealing with Facebook withdrawal.”

The London Dungeon has special legal dispensation to torture inmates using medieval equipment on the grounds that it is educational.

Chief warden Tom Logan said: “Our prisoners were thieves, harlots, brigands and murderers and as such deserved everything they got.

“Maybe we shouldn’t have fed car thieves to rats, but I regret nothing. In fact when I think about it I laugh evilly in a deep booming voice.” 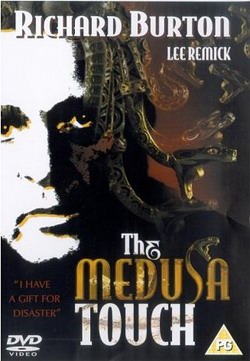 IT would have been cheaper and easier to decommission Sellafield using 1978’s The Medusa Touch, it has been confirmed.

As the cost of closing the nuclear site heads toward £70 billion, experts said reanimating Richard Burton and then inventing telekinesis would have been much more efficient.

In the supernatural thriller Burton plays an angry psychic who can kill people with his mind. After he crashes a plane into a building and blows up a spaceship, Lee Remick decides he is a nutcase and beats him half to death.

But as he lies in his hospital bed, covered in bandages, he destroys a cathedral and then scribbles ‘Windscale’ (the 1970s word for Sellafield) indicating that he cannot be stopped.

Professor Henry Brubaker of the Institute for Studies said: “First of all, £70bn is correct. That wasn’t a typo. Feel free to lose your mind.

“Secondly, we don’t necessarily have to use the reanimated corpse of Richard Burton. I’m sure Anthony Hopkins could step in. And obviously there’s Michael Sheen.

“Meanwhile, we reckon that developing a reliable method of telekinesis would cost £15-£20 billion and we could have the site cleared in about a fortnight.

“Or we could just carry on doing it with a child’s knife and fork.”