3D of no interest since Jaws 3-D

3D IMAGERY of any kind has not been exciting since the 1983 film Jaws 3-D, it has been confirmed.

Skype has announced the development of 3D video calls, the latest in a range of three-dimensional innovations that seem banal to anyone but the most desperate perverts.

Technology blogger Carolyn Ryan said: “If anyone remembers Jaws 3-D, that was really the pinnacle of 3D in terms of anyone caring.

“At least that sounded good until you realised the film was unmitigated shite starring Dennis Quaid.

“Also that 3D sharks and body parts didn’t really fly out of the screen, they just sort of loomed a bit.

“The main problem with 3D is that everything not on a screen already appears in 3D, so it’s hardly a novelty.”

Mother-of-two Nikki Hollis said: Like everyone else I never speak on my phone anymore, exclusively making video calls. Hang on, thats the exact opposite of true, isnt it?

I meant to say that I never make video calls because I dont want to see my boyfriends badly-pixelated pores looming at me when I call to ask if we need bread.

I use Skype only when given no alternative, and I cant imagine my conversations with my retired parents in Cyprus would be enhanced by seeing their sagging turkey necks in three dimensions. 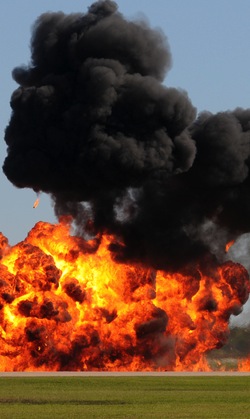 SYRIA’S civil war will witness slightly fewer explosions after MPs voted to keep British bombs for something else.

Prime minister David Cameron pleaded with MPs to back his plan to make no difference whatsoever to the Middle East’s latest bout of total and complete insanity.

But 30 Conservative backbenchers defied Mr Cameron and backed Labour’s plan to make no difference whatsoever to the Middle East’s latest bout of total and complete insanity.

MPs on both sides then spent the next nine hours shouting ‘bombs’ and ‘chins’ at each other.

“But they’ll do it because, given the opportunity, an American will always make something explode.”

Professor Cook added: “If we genuinely want to help we should hire 500 or so luxury liners to accommodate Syria’s children and sane adults. It would be like Dunkirk except the boats wouldn’t really go anywhere.

“Then we build a wall round Syria, wait until the last nutter shoots himself in the face and then the people on the ships can go home.

“Eventually we are going to have to try that.”