PRESSING ‘alt-right’ on a computer keyboard makes a picture of a burning cross appear, it has emerged.

Pensioner Roy Hobbs discovered the function while trying to edit pictures of his grandchildren.

He said: “I mistakenly thought alt-right was the shortcut for ‘paste’ but then this picture of a burning cross appeared right in the middle of my screen, with little men in hoods dancing around it.

“It’s interesting but I can’t imagine it will ever be very handy for anything.

“I do the newsletter for my local classic car club on my computer, but there I tend to use clip-art pictures of cars and champagne bottles rather than aggressively racist imagery.” 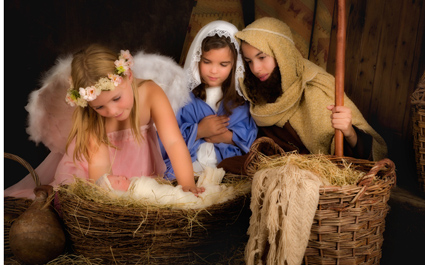 PRIMARY school teachers have settled old scores by making the annoying ones be innkeepers.

As nativity play casting is completed, teachers have confirmed that challenging behaviour over the last term will result in being a donkey or a Roman soldier with no lines.

Year two teacher Nikki Hollis said: “Millie was the obvious choice for Mary, but I can’t get over that time in October when she hid all the glue sticks and blamed it on Imran.

“I really wanted Connor to be Joseph because he’s always so polite and kind, but it’s a dead cert that he’ll either cry or wet himself onstage. Fuck it, he’s Joseph.”

Year six teacher Tom Logan added: “My Three Wise Men are those little geniuses who drank out of a puddle last week.

“And Jo, with the UKIP dad, is playing the non-denominational guiding star of hope.”

Meanwhile, private schools confirmed that they would be honouring the tradition of awarding lead roles to the children whose parents made the largest donations.