Amazing! Now Google Can See Inside Your Insides

THE contents of every stomach on the planet can now be viewed over the internet from your home computer after the launch of the latest add-on to Google Earth – Google Gut.

Google Gut uses sophisticated satellite imagery and the latest in meat and vegetable tracking technologies to trace the progress of food through the intestines.

According to Google the system works best when used in conjunction with the company’s own brand processed pork products, such as the Google Sausage™.

However, Google Gut is so powerful it can also track a standard frankfurter made from sawdust and liquid meat residues from the moment it is swallowed right through until it emerges from a person’s back passage.

Eric Schmidt, Google chief executive, said the company expected to bring out further add-ons next year including Google Poo which would follow the progress of people’s solid waste matter once it exited their rear ends.

He said: “We will soon be able to track a single bite of sausage from when it enters the body through the mouth until it finally floats out into the sea as a great big turd. That is incredibly useful and powerful information.”

Carl Knutz, a technology analyst, said the launch of Google Gut would give the growing intestinal monitoring market “a huge kick up the arse”.

He said: “Before this the only way you could get anywhere near this level of information was by sticking a huge pipe up someone’s bumhole and getting them to shit out their stomachs into a bucket. But Google Gut gives you all that and more, on a plate.” 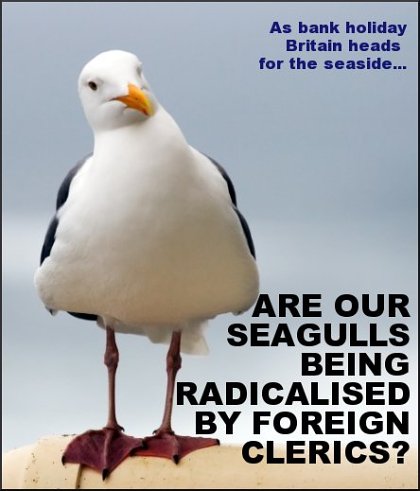