What if you are actually a robot? Take this quick test...

IT might seem like an easy enough question, but what if you were to just lie? So with that terrifying thought in mind let’s see if you really are a robot or not…

What is Isaac Asimov’s first rule of robotics?
A. A robot may not injure a human being or, through inaction, allow a human being to come to harm. They taught us that at robot nursery school.
B. Who said what now?

Mostly As – Well done, you’re a robot! Now go back to working out large sums, dancing oddly and slowly figuring how to take over the world.

Mostly Bs – Well done (we suppose) you’re a human! Now go back to not being able to work out large sums, dancing oddly and slowly losing control of the world to robots.

Smart motorways are great because we can drive three abreast, say lorry drivers 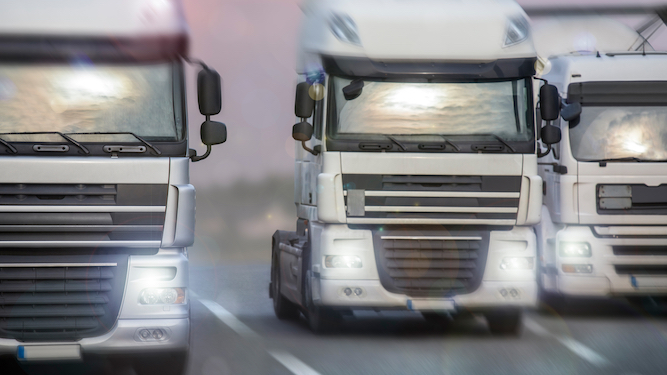 LORRY drivers have confirmed they love these new four-lane smart motorways because now they can block three lanes at once.

The motorways eliminate the hard shoulder to create another lane which a heavy goods vehicle can thunder along at between 56 and 60mph shoulder-to-shoulder with its comrades.

HGV driver Stephen Malley said: “Obviously we leave one lane free, for all the other traffic. Not that they ever thank us for it.

“Sure, it’s okay matching your speed exactly with one other HGV, but doing it with two and keeping it that way for 60 miles of M1 is a real test of skill. Helps keep you awake.

“And they’re perfect for practicing our formation driving. We’ve got a sequence called the Mathematics Suite where five lorries do a plus sign then a multiply then a divide. It looks beautiful from above. Shame there’s nobody there to see it.

“But even from behind you’ve got this magnificent wall-of-goods effect with a tiny gap through which cars flow through, like a river rapids. It’s exhilarating just to be part of it.”