RELIGIOUS homophobes are unclear about why God is letting HIV become less infectious.

Hate-fuelled zealot Roy Hobbs said: “When Aids came along it was clear to me that this was God’s wrath against deviants, just as cancer is God’s way of punishing people for nothing in particular.

“Now they’re saying that the HIV virus, which as I understand it is made of tiny angry angels, is evolving to become less deadly.

“I’m just confused as to why God would do that. I mean there’s still loads of homosexuals around, you only have to turn on Channel 4 or any programme about cakes.

“I’ve never imagined God as the sort of being who is wrathful for a bit and then sort of chills out.

“I feel so tense and confused. If only I was allowed to have a wank, that might help.” 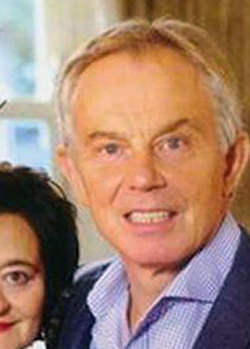 Best wishes to you as we celebrate the Blessed Virgin giving birth to our Lord Indivisible.

I was so pleased to hear you’re stepping down as an MP. If you remember, 20 years ago I suggested you resign at the 1997 election. I always said you’d be much happier selling meat pies at Raith Rovers and writing strange, angry letters to your local newspaper.

But, in testament to your character, you wouldn’t leave and we then worked in the same part of London for a while. After my 10 years as prime minister you took the job and did it for almost 2 years and 11 months. At the time I made a point of telling everyone that you were doing the best you possibly could.

Enjoy your retirement in Kirkcaldy. So much cosier than a mansion in Buckinghamshire. And if the meat pie thing doesn’t pan out then do write to my secretary Janine who will determine whether you are eligible for a low interest loan.

Wishes to you as we mark the birth of the man who taught us life is a constant struggle.

Thank you for the card. Your face looks weird. I do hope you’re not seriously ill.

I too remember our dinner 20 years ago when I suggested you step down in 1997 and join the team that changes Rupert Murdoch’s giant nappy four times a day. As you said, it was ‘good money’.

But, in testament to your character, you did what was best for you. I enjoyed running the government for almost 13 years. Everyone agrees I was historic.

Since then I have been the UN global ambassador for education and saved the United Kingdom, while the Middle East somehow got even worse.

Enjoy your bank account and when you die I hope to be the first to comment when your gravestone is showered with hot piss.