SCIENTIST working on simulated brains have developed a model which shows the primitive insight and deductive reasoning of a Rio Ferdinand, it was claimed last night.

Unveiling the 'Blue Brain' computer, researchers said that while they were still decades away from a fully human level of intelligence, the latest model was able to argue outside a nightclub and promise to give 110% for the gaffer.

Henry Brubaker, director of the Institute for Studies, said: "As soon as we switched it on it immediately insisted on listening to an R&B compilation and dressing like a tit.

"So while there is sufficient self-awareness to issue demands, it's not developed enough to realise that Akon is not actually music.

"Nevertheless it is a significant step forward even though to the layman it appears to be as thick as a bucket of dung."

Although current supercomputer brains are limited by processor conductivity and having to restart every time it's updated by Windows, Brubaker said: "Advances in miniaturisation could one day lead to your mobile phone refusing to communicate with your gobshite friends."

He added: "We're also working on a robotic module to carry the artificial brain, but our best effort so far does look a bit like Prince Charles trying to dance."

Other practical applications include the replacement of workers in repetitive jobs that require a minimum of concentration, leading to the scientific Holy Grail of tube drivers who are not greedy bastards.

Christ On A Bike, Says Britain 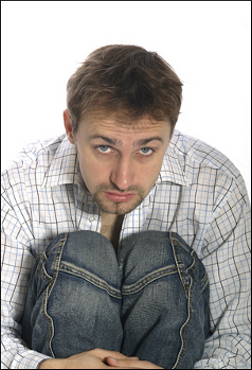 THE full extent of the Britain's public debt last night led to a devastating collapse in the nation's face.

As chancellor Alistair Darling read out a series of enormous and terrifying numbers, people across the country, who until now had assumed it was not their problem, curled up into a ball and let out a faint, pathetic squeak.

As Mr Hobbs stared into the bottomless chasm which had opened up beneath his feet, his wife Jane pulled her knees up to her chin and rocked back and forth while whispering: "Cold… so cold."

In what will, surely to God, be his last Budget Mr Darling confirmed that Britain was now essentially insolvent and that the best idea might be to ease the country quietly into the middle of the Indian Ocean and leave it unlocked so that it could be stolen by Somalian pirates.

He added: "We then act all surprised and bung in a claim to the Norwich Union. But everyone has to keep shtum."

Mr Darling said the alternative was to gradually wind the country down over the next three weeks and then go our separate ways.

If taxpayers decide to close the country, Mr Darling said £2 billion would be made available to train Britain's under 25s in how to switch everything off and cover it with a tarpaulin.