SOMEONE you probably know quite well believes they have a kindly invisible friend watching their every move, it has been confirmed.

A survey by the Bible Society found that one in three Britons is in fact a secret maniac, and some of them may be teaching your children or dispensing vital medicines at your local pharmacy.

According to the study 31% said they are protected by a guardian angel, while 17% said they don’t know if an invisible ghost with wings is hovering a few inches above their heads.

Tom Logan, professor of maths at Reading University, said: “Thirty one plus 17 is 48. And as one of this country’s leading mathematicians, let me assure you that 48 is almost 50.

“That means that either you or me is wholly or partly convinced that our fate is in the hands of some benevolent, see-through social worker.

“And in case you’re wondering, it’s not fucking me.”

But Bible Society director, Dr Ann Holt, insisted there was ‘plenty of evidence that there are presences in this world beyond the human’ though she did run out of suggestions after cats, badgers and anteaters.

Psychiatrist, Dr Julian Cook, said: “From now on everyone you meet could potentially be in possession of a guardian angel.

“You should watch out for things such as them holding the door open for slightly longer than average, or suddenly bursting out laughing for no obvious reason. Also, they may pour three cups of tea when there’s only the two of you.”

Back us or Benitez, warn managers 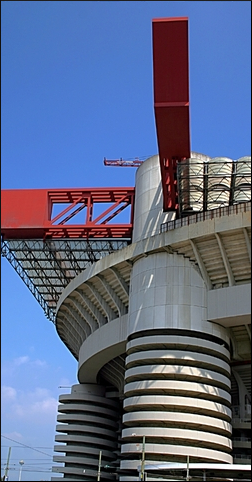 UNDER-fire managers have issued stark ultimatums to their
boards as the giant face of Rafael Benitez loomed over the horizon.

Blackburn Rovers have already taken the precaution of confirming Steve Kean until the end of the season and several photocalls have been hastily arranged to show smiling club directors giving their manager a piggyback.

Gristly amphibian, Avram Grant, said: “I may be a tugshop-dwelling sack of gloom overseeing a mob of directionless injuries toward the basement of the league but at least I’m not Mr Cheeks.

“To be honest, it makes me think I can put my feet up between now and May just knowing he’s out there roaming the land with his sock puppet assistant and his bag full of lipstick-painted ferrets.”

Benitez was hired by Inter Milan six months ago on the rebound from being dumped by Jose Mourinho after they fell for what they initially thought was his quirky charm.

However, after he spent several weeks trying to spin the San Siro slightly to the left to catch more sunlight in the afternoon and insisted that the entire staff start speaking Swedish to confuse the opposition, it became clear that they had hired a Great Wall of China’s worth of stool-smearing lunatic.

Liverpool has been mooted as one potential destination for Benitez and his animatronic mouse recreation of the final scene Reservoir Dogs after Roy Hodgson got lost on the bus into work and had to get Sammy Lee to pick him up from the depot.

Lee said: “We’ve only just replaced the rubber padding on the walls with the faint smell of urine and Ralgex. Sometimes I wonder whether it’s only a matter of time before we get a big bottle of ebola virus to manage the side and be done with it.”

Benitez has refused to acknowledge the possibility of a move away from Milan, mainly due to the fact he believes he is currently playing the lead role in a off-Broadway production of Cabaret.