THE technological advance of the last four decades that has done most to change ordinary lives was Ice Magic, Britons have agreed.

Survey respondents said that neither the internet, flatscreen televisions, the mapping of the human genome or the blue LED could beat a chocolate sauce that instantly hardened into a chocolate shell.

Martin Bishop of Warwick said: “I remember the first time I saw it. The amazement. The wonder. In a sense I never recovered from that moment.

“You must remember ice-cream technology was very primitive at that time. Cookie dough or fudge whirls had yet to be even conceived. We were impressed by Neapolitan.

“And then Ice Magic came along, the true extent of its innovation unknown until that fateful moment when syrup hit ice-cream and a liquid became a solid.

“It was like touching God. I knew, in that moment, that mankind had reached a new peak, that nothing – interstellar travel, time travel, creating new life – was beyond our grasp.

“But then it was discontinued and you can’t buy it anymore.”

Evening Standard to be paper for busy Londoners who love coke, says Osborne 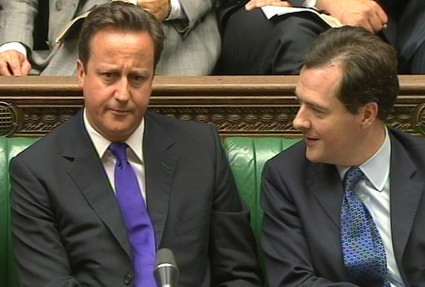 THE London Evening Standard will feature an indispensable weekly guide to crazy parties where all kinds of stuff goes on.

New editor George Osborne set out his plans to make the paper ‘as relevant and useful as possible to its readers’.

He added: “London-based professionals are extremely busy people with their fingers in lots of different pies.

“They need an easy-to-use guide to those special places and events that may or may not feature top quality coke and wild, crazy hookers that are both available 24 hours a day.

“The reviews will include star ratings out of five as well as a ‘Champagne Charlie Party of the Month’ competition.”

He added: “By the way, does anyone know how to edit a newspaper?”