SCIENTISTS at Dundee University have developed the world's first talking road signs as a cheap alternative to satellite navigation systems.

Supported by a £20m grant from Scottish Enterprise, the team of boffins hopes to make audible directions available to the masses.


Project leader Dr Henry Brubaker said: "So called sat-navs are very expensive, especially if you work for a university.

"Anyway, we felt that existing road signs did not take full advantage of the available technology, such as loudspeakers.

"People spend more time chatting these days, especially behind the wheel, and so are more likely to miss an important road sign.

"If they can hear it they are less likely to get lost, clock up more miles, use more fuel and contribute to increasing CO2 emissions.

"So you see, talking road signs could actually save the planet. Yes they could. Shut up."

Dr Brubaker said his team were still 'ironing out a few wrinkles' in the system.

"Until we have developed technology so that the driver can hear the signs through his car radio, they will be forced to shout.

"This will mean that busy roads in urban areas will be unbearably noisy, at least for a few years."

He added: "The signs are activated by cars driving past. But if you have two signs in the same area but on opposite sides of the road, they'll end up speaking at the same time.

"This won't really help the drivers and will just sound like two road signs having an argument."

A spokesman for Scottish Enterprise said: "It's an amazing idea that will bring people closer together.

"We sincerely hope that critics of this project will be chased through the streets by an angry mob." 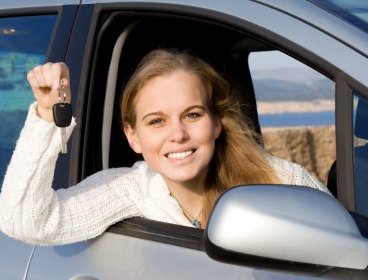 BRITAIN’S top road safety campaigners are demanding a ban on ‘driving at the wheel’ in an attempt to cut the number of car crashes.

Evidence proves that almost all serious motor accidents involve at least one moving vehicle containing a person with his or her hands on a steering wheel.

The campaigners claim all accidents would stop overnight if these people were banned from touching steering wheels completely, and restricted to sitting in their cars and smoking instead.

Bill Tweedle, a leading authority on road safety in Britain, said: “It is so obvious we cannot understand why no one has banned it already. I mean, have you ever seen a car crash itself?

“Human beings are basically incapable of simultaneously performing complex tasks such as looking where they are going and not driving full speed kamikaze-style into rock hard objects.

“It’s a scientific fact that travelling at over five miles per hour starves the brain of oxygen and deforms the internal organs. It’s not natural, and women in particular should not do it.”

Mr Tweedle said the campaigners had compiled a dossier of evidence linking driving at the wheel to car crashes that it would pass to the Departments of Health and Transport this week.

He said: “We left an old car with no engine or wheels in the middle of a field for two years and not once was it involved in a fatal collision. How much more proof do you want?”