GORDON Brown has pledged to build 650 new ideologically-friendly towns across Britain when he becomes Prime Minister.

Mr Brown said the new towns would each hold 100,000 people and be built in every constituency in the country.

The building project would coincide with a massive, nationwide compulsory purchase and demolition programme.

Under the Chancellor's plan, within five years every citizen will be housed in a Gordontown and be able to enjoy a wonderful range of 21st century amenities including vast libraries full of books about public spending, a swimming pool named after a great Scottish socialist and a Ken Loach 12-Screen Showcase Cinerama.

Every Friday evening the citizens in each Gordontown will gather in the square in front of a massive screen and watch Paul Gascoigne's goal against Scotland in Euro '96 over and over again.

They will then listen to a three hour speech in which Mr Brown will explain, in minute detail, the values that moulded him as a young boy in Fife.

A spokesman for the Chancellor's campaign said: "Although citizens will not be required to vote Labour, records will be kept and anyone failing to support the government will have their gas, electricity, water and phone cut off until they acknowledge the moral force of Mr Brown's arguments." 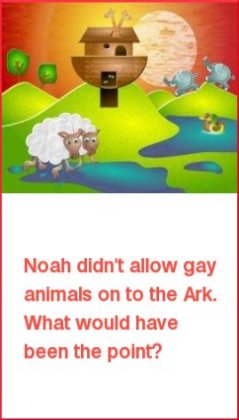 CHURCH leaders were under attack last night for publishing an 'offensive' comic book designed to teach teenagers about sex and morality.

The book, titled The Joy of Shame, is designed as a series of 'life lessons' for 13 to 15 year-olds and includes cartoon-style illustrations.

The images teach children about reproduction, sexuality and respect for authority.

But furious parents have hit back saying the book will corrupt their children and do nothing to address social problems.

Tom Logan, a civil engineer from Giffnock, said: "I've never seen anything so repulsive and demented in my life.

"Our teenagers have enough problems growing up these days without clergymen trying to shove things down their throats."

A spokesman for the Scottish Council of Churches said: "I presume you are an homosexual."

A SELECTION OF IMAGES FROM THE JOY OF SHAME