SCIENTISTS at Dundee University have embarked on the world's first human-animal hybrid embryo project in a bid to create Satan.

Dr Henry Brubaker and his team of geneticists plan to generate the manifestation of pure evil using tissue from humans, a goat, a piranha, Richard Madeley and a bat.

Dr Brubaker said: "We were delighted when the government finally caved in to science and gave its approval to human-animal hybrids.

"We had planned to spend the next few years creating some very odd looking things. Chicken-monkeys, fish-badgers, zebra-geese, that sort of thing.

"But then it occurred to us that generating Satan would not only give a tremendous boost to the university in terms of public relations, but would also have a host of practical applications.

"It is not an exaggeration to suggest that Project Satan could solve all the problems of the world.

"As Satan will be all powerful, anything he says will be infallible and all who disagree will be destroyed in a ball of fire.

Dr Brubaker said that a fully-grown Satan would be around 5 feet 10 inches tall, weigh 13 stone and look remarkably like Bobby Davro.

Brown Era To Be Cold And Wet, Says Met Office 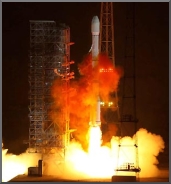 THE premiership of Gordon Brown will be dominated by the damp, dreary weather so typical of his native Fife, the Met Office warned last night.

As the final barrier to Brown's accession was swept away, attention was focussed on how the climate would perform when the Chancellor finally enters Number 10.

A Met Office spokesman said: "We've had 10 years of unseasonably warm weather under Tony Blair. Lots of sunshine and happy days at the beach. That's all over.

"We predict that the next few years will be dark, overcast, unremittingly cold and with a bitter northerly wind that will make you curse the day Mr Brown was born."

He added: "There are a number of theories as to why the weather has taken a downturn but we suspect it's because Mr Brown was not privately educated."

Meanwhile first minister Alex Salmond is demanding that control of Scotland's weather be transferred from Westminster to Holyrood.

In his latest confrontation with London Mr Salmond said: "It will not have escaped the notice of the Scottish people that London Labour made the sun shine all through a bitterly contested election campaign when it suited them.

"Yet, after the SNP won its historic victory, and Gordon Brown got his hands on the levers of weather power, it has done nothing but piss it down up here."

Mr Salmond said the SNP manifesto had pledged eternal sunshine with just a sprinkling of early morning rain before anyone was awake.

The first minister stressed that Scottish control of Scottish weather was vital if he was to fulfill his pledge to start a war with Holland.

He said: "You can't launch an invasion across the North Sea in weather like this. It would be an unpardonable folly."