Book about intelligence only bought by stupid people

A POP psychology book claiming to explain intelligence has not been bought by anyone intelligent, it has emerged.

Psychologist Stephen Malley’s book Smart Ways to Think has been ignored by actual clever people but is selling well to idiots who want to somehow become clever without making any effort.

Student Wayne Hayes said: “Smart Ways to Think is excellent because it explains there’s no objective measure of intelligence. So if I fail my A-levels I’m still intelligent, just in ways no one knows about.

“I discovered I’m much stronger on visual-spatial intelligence than verbal-linguistic, because I hate reading but I finished Uncharted 4 in 11 hours. That’s some Stephen Hawking shit right there.”

Aromatherapist Nikki Hollis said: “Intelligence is a fascinating subject. I haven’t read a book this good since Astrology Secrets of the Ancient Astronauts.

“I particularly liked the bit about how intelligent people make bad decisions. Last week I drank loads of Jagerbombs on an empty stomach and was dizzy for three days, obviously this proves I have genius potential.” 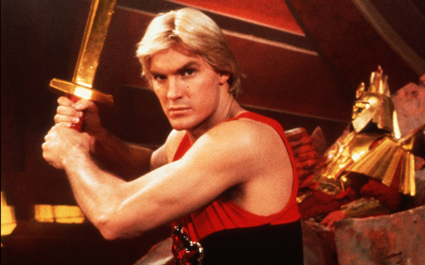 PRO-EU campaigners have unveiled a new slate of wildly unpopular politicians in a bid to boost the Remain vote.

Gordon Brown has been revealed as the surly new face of the campaign for Britain’s continued membership of the European Union, after fears that David Cameron was just too likeable.

Brown said: “The polls are narrowing, so what better way to give the campaign a boost than to enlist the most disliked prime minister in recent history?

“It’s ludicrous to suggest the Remain campaign is led by an out-of-touch elite, and I look forward to making that case alongside John Major and Peter Mandelson.”

A Remain campaign spokesman said: “The Brexit camp has some of the most nauseating politicians in the country, so we have to show we can match them with some faces that would really put your off your breakfast.”

A Vote Leave spokesman said: “I see your Gordon Brown and I raise you Christine Hamilton.”