BRITONS are struggling to comprehend how it can be sunny but freezing f**king cold.

Nathan Muir of Warrington has spent the morning alternately staring out of the window then heading outside only to return with a baffled expression, shaking his head.

He said: “It’s sunny. I can see it’s sunny. And sunlight’s warm.

“But when I go out there in a T-shirt it’s absolutely freezing, not matter how much I tell myself it isn’t. I’m beginning to think I’m going mad.

“Look at it, there isn’t a cloud in the sky. It’s a gorgeous day. It’s blazing down. But somehow, despite that, the actual temperature is verifiably low.

“Everything I’ve ever known is wrong. And people are acting like it’s normal.”

Following a conversation with a friend, Muir then sat with his head in his hands for several minutes as he attempted to make sense of their claim that it rains a lot in very hot countries. 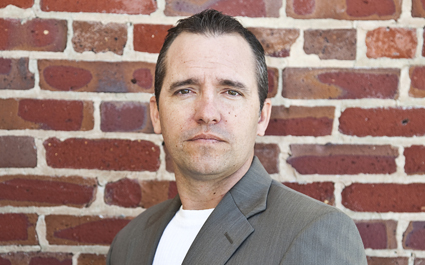 FRIENDS of a man from Yorkshire have begged him to find at least one other subject to talk about, it has emerged.

Tom Booker’s acquaintances were forced to say something to stop him droning on about the county’s rich heritage, “honest folk” and not-particularly-interesting dialect.

Booker said: “I was telling my friend Nikki about how it’s a better, simpler way of life in the Dales and suddenly she said, ‘Tom, could you talk about something not-Yorkshire for once?’

“Apparently my friends aren’t interested in Yorkshire’s no-nonsense people, Viking history and me constantly pointing out which celebrities are from there. I were gobsmacked, I can tell tha.

“She suggested politics and films, but said anything would make a welcome change, even coin collecting or horrible diseases.

“I’ll try broadening my interests but it’ll be hard because I’ve been raised to believe anything not to do with Yorkshire is pretentious and effeminate.”

Friend Nikki Hollis said: “I had to say something because I couldn’t face another conversation about petty local rivalries with Lancashire or pointless words like ‘ginnel’.

“I thought we were getting somewhere when we had a chat about recipes but Tom couldn’t resist telling me TV chef James Martin is from Yorkshire as if that’s somehow good.”