THE stupidly-named BT wi-fi thing that overrides your internet connection should burn in hell, it has been confirmed.

‘BT Wi-Fi with Fon’, ‘BT Fon’, ‘BT-Wi-Fi-with-Fon’ or whatever the fuck it is called deliberately antagonises internet users by bullying their home internet into submission.

Householder Mary Fisher said: “Every time I turn on my computer I see ‘BT Wi-Fi-with-thing’. I do not know what it is. I do not care. I hate it.

“It’s just always lingering like some memory of a past misdemeanour that pops up just to spoil your day.”

Professor Henry Brubaker of the Institute for Studies said: “Nobody knows what ‘BT Fon’ is or what it wants.

“Everyone hates it though. It should kill itself.”

A BT spokesman said: “We don’t know what it is either. Apparently though a ‘Fon’ is a type of antelope that lives in small family groups near mangrove swamps.

“Sometimes it pops up on our computers at work, it’s fucking annoying.” 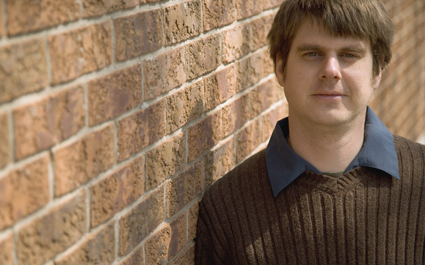 A MAN who asks people to correct him if he was wrong does not in fact wish to be corrected, it has emerged.

Nathan Muir recently declared that wi-fi signals caused a range of serious illnesses, and invited people to correct him if he was mistaken.

However upon being told that wi-fi caused nothing except faster-loading websites, Muir became angry.

Muir responded: “Correct me if I’m wrong, but wi-fi is basically tiny lasers shot directly into our brains.

“The only safe internet is dial-up and people who deny it, correct me if I’m wrong, are paid by the government to spread lies.

“You also shouldn’t have a microwave, because it makes the iron in your blood radioactive. Correct me if I’m wrong.”

Muir’s workmate Donna Sheridan said: “I tried to tell Nathan he was wrong and he lost his temper and said I was a munter. He added that nobody asked for my opinion.”

Muir said: “In the future I’ll just begin every sentence with the words ‘Do not attempt to correct me, because I am right’.”