Caveman picked up on archeological gaydar

THE earliest known homosexual has been spotted by an archeologist’s state-of-the-art gaydar.

Experts at the site in the Czech Republic said that while there was nothing obvious about the 2500 year-old discovery, they just knew.

The burial site has revealed only a male body, facing east and surrounded by pots, but little in the way of physical evidence to suggest the dead man was fabulous.

Early examinations concluded it was either a man who had fallen into a hole with some pots in it, or a pot maker who was buried facing east – the traditional burial direction of females – because someone got it wrong.

But team leader, Dr Julian Cook, said: “How can you not see it? I’m surprised the grave hasn’t burst into flames.

“I was wandering past it on my way to the snack table and suddenly thought ‘hello?’.

“Sure enough, I took a closer look and what do you know, total queen. And I am never wrong.

“I shouted down to the skeleton, ‘you’re fooling nobody sweetcheeks – you are what you are and what you are needs no excuses’.” 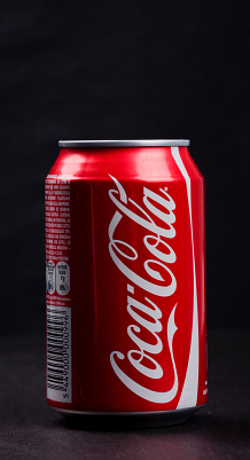 COCA-Cola has left the door open for Pepsi to corner the soft drinks market for sweary whore-mongers.

The drinks giant said it wanted to focus on building the Coke brand in the polite, faithful bore sector, currently dominated by Lucozade Sport.

Martin Bishop, fizzy drinks analyst at Donnelly-McPartlin, said: “This is Pepsi’s big chance. Expect to see a series of adverts with young men going at it hammer and tongs in a Travelodge with some boozy skank, or perhaps something simple like the words ‘Pepsi’ and ‘Fuck You’ alternating to a thrash-metal soundtrack.

“It seems a strange move by Coke given the sheer number of young people who can construct entire sentences using nothing but explicit sexual swear words and want to hump anything that moves.”

It is Coca-Cola’s second foray into the clean-living market after its 2001 bid to make Fanta the natural home of people who found Tango adverts to be dangerously subversive and with sinister, gay undertones.

Meanwhile Pepsi could face a stubborn challenge from Vimto and Tizer, two brands associated with men who live in their own filth and believe every aspect of life should be as disgusting as humanly possible.

Bishop said: “A Tizer man will see Pepsi as trying too hard. If they want to grab the Tizer market they may have introduce some kind of ring-pull based prostitute give-away.

“The only two brands that have little to worry about are Dr Pepper, bought by people who think it’s some kind of political statement, and Lilt, bought by weirdos.”

But Bishop stressed that Pepsi would inevitably have to settle for being the world’s second most sordid non-alcoholic beverage, after Orangina.

He added: “Pepsi can throw money at it all day, but it’ll never be French.”