AS Britain prepares to spend £300 million on chocolate, experts have confirmed that chips are still far better.

Researchers found that while chocolate contains theobromine, a stimulant similar to the chemical released by the brain when you are in love, it was not superb, in the way that chips obviously are.

Nutritionist Dr Roy Hobbs said: “No-one stumbles out of a nightclub gagging for a bag of Revels. And no-one is desperately searching the gutter for change so they can have a third tray of Maltesers slathered in curry sauce.”

Experiments have shown that a bag of chips is eight times more powerful at enticing people from 50ft away than an open bag of Cadbury’s Buttons, even the giant ones.

The National Society of Chip Shop Owners is now campaigning for chips to replace chocolate eggs at Easter, arguing that the death and resurrection of Christ is like the burying of potatoes that are then gloriously reborn as chips.

A spokesman said: “And let’s be absolutely clear, we’re talking about chips, not ‘fries’. You must never, ever give fries to someone who asked for chips.”

Lost hour would have been incredible 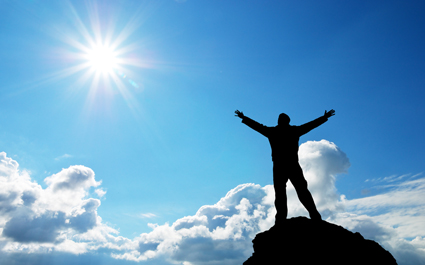 BRITONS lost what would have been their greatest hour over the weekend.

Time analyst Emma Bradford said: “By the end of Sunday everything was in perfect alignment – the stars and the planet were on the cusp of the most potent astrological position ever, meaning spiritual and creative revelations on an unprecedented scale.

“That hour would have been nothing like any of your life up until that moment. It would have given meaning to your otherwise pointless existence, so it’s a real shame we had to skip it.”

Freedom of Information requests into the content of the lost hour confirmed it would have been extraordinary.

Accounts assistant Tom Logan said: “Apparently I would have become a kind of god and astrally projected onto the peak of Mount Everest.

“It’s a bummer really because most of the time I just work in an office and the best bit is when I go for a fag.”