NIGEL Farage has revealed the original version of his new book was about African-American lesbians.

The UKIP leader said he had intended The Purple Revolution to be a continuation of Alice Walker’s 1982 novel The Color Purple, until publishers forced him to reconsider.

Farage said: “I first read the The Color Purple when I was a commodities trader. I instantly connected with these downtrodden women who were coping with sexism, racism and homophobia from a load of boorish idiots.

“So when I was approached to write a book, my first thought was, ‘At last – this is my chance to continue Celie and Nettie’s journey’.”

He added: “I set my story in the heady, acid-fuelled late Sixties. Celie’s granddaughter is now a militant feminist Black Panther, dividing her time between kicking the shit out of straight white men and breastfeeding her adopted baby in public.

“However, my publishers expressed concern that my UKIP experience was being somewhat eclipsed by the over-arching black lesbian narrative. The only thing they liked was the title.

“I went home, deleted the whole thing and churned out a load of old shit about immigration and my wonky testicles.”

Plucky Lithuania set out to injure as many players as possible 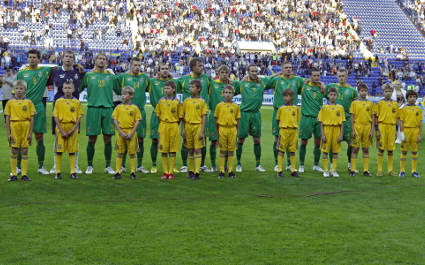 THE Lithuania side are looking forward to going in studs-first on England’s big names in tonight’s Euro qualifier.

The country is neither small enough to comically field postmen nor good enough to earn a draw, so contents itself with collecting bloodied opposition shirts to mount in public buildings.

Captain Tadas Kijanskas said: “We might get a goal, but in our country football is a bloodsport which Amnesty International is attempting to ban.

“The violence will simmer slowly through the first half, build after the break and reach its crescendo when Roy Hodgson has ill-advisedly used all three substitutes because he remembers it once working for Sven.

“Sirgedas, our youngest player, wants the scalp of Harry Kane for his children.”

Hodgson said: “Wayne is up for it, but Stankevicius plays for Leicester so these are threats from a man well-versed in the art of war.

“We’ll be running away and only kicking the ball by chance, so I’ve got us down for a 2-0 win.”