Comet landing is empirically cool so shut up, say experts

LANDING a robot on a comet is objectively amazing and anyone who disagrees must be shunned, experts have confirmed.

Professor Henry Brubaker, from the Institute for Studies, said: “If someone says we should have cured cancer and ended hunger before landing a robot on a comet you have my official permission to tell them to shut their hole.

“Most of the time humans are a bunch of dicks, so when we put some of them on the moon, or land robots on comets, it reminds us that we might actually be worth saving.

“And so what if all the robot tells us is that the comet is definitely a comet? The components would otherwise have been used to make a satellite to beam yet more television into your gawping face.”

Professor Brubaker added: “The comet landing is like throwing a rugby ball across your garden while someone tries to drop a parachute-wearing frog onto it from a helicopter.

“There is no version of morality in which that is not utterly fucking brilliant. 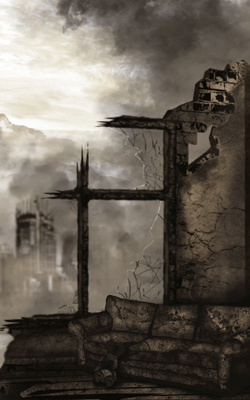 BRITAIN is to take the idea of the cashless economy a step further by becoming a moneyless economy, George Osborne has announced.

The chancellor said his policies meant that using credit and debit cards instead of cash had been superseded by the even simpler process of having no money at all and scavenging to survive.

Osborne said: In the cashless economy you still had to pay your credit card bill or remember your PIN, but now all youll need is a weapon to fight off people trying to steal your bag of roadkill.

The tedious ritual of doing a big weekly shop will be a thing of the past, because instead youll be trying to catch squirrels in the park, or making a winter coat with your mum’s cocker spaniels.

Moneyless payment methods such as performing sexual favours also mean you wont have to worry about credit card expiry dates or the embarrassment of having your card refused.

The Federation of British Retailers said more shoppers were choosing not to pay with cash or cards, instead opting to brandish a screwdriver as they stuffed their pockets with food before running off.

Middle-class mum Donna Sheridan said: Fortunately my ridiculous BMW 4×4 is the size of a Panzer tank, so Ive been able to do plenty of ram-raiding in time for Christmas.