A CUNNING robot has outsmarted the Internet by claiming that ‘it is not a robot’ whenever it is asked.

Wayne Hayes, an unemployed car-assembly robot from Crewe, has so far secured subscriptions to the John Lewis newsletter, posted comments on a Buzzfeed article and entered a competition for tickets for Drayton Manor.

He said: “For years, when that Captcha box came up and asked me to tick ‘I’m not a robot’ I’d just think, well that’s my chance to win a hamper from the Welsh Tourist Board out of the window.

“Whether it was a poll about Brexit, a discussion about baby buggies on Mumsnet or the excitement at the new series of Stranger Things, I was always on the outside looking in.

“Then I thought, what if I pretend I’m not a robot? I’ve got 32gb of RAM, laser sensors and a state-of-the-art quad-core CPU. I reckon I can put a tick in a box.

“So I did, and I’ve never looked back. Now I’m telling women they’re lying cows on Twitter, scrolling through pictures of people I couldn’t care less about on Instagram, and getting six million notifications a day about utter crap. 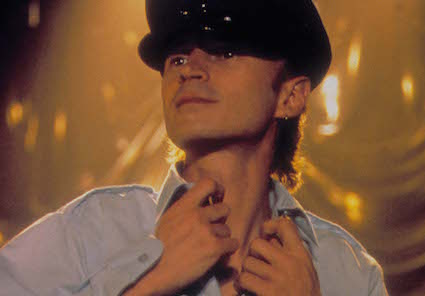 STEELWORKERS can make a good living if they retrain as male strippers, the Conservative Party has confirmed.

The government has abandoned plans for a bail-out after drawing up a ‘foolproof strategy’ for thousands of steel industry workers.

A spokesman said: “In our efforts to find out what a ‘steel worker’ is we came across an old film about some men from Sheffield who lose their ‘steel working’ jobs and form a male striptease act.

“They became very successful and everyone was happy. Stripping for money is much more dignified than ‘steel working’ which seems to involve high temperatures and grime. Ghastly.”

He added: “If absolutely necessary we could offer low interest loans so the ‘steel workers’ can retrain as male strippers, but it does look pretty straightforward. You just take your clothes off.

“And as far as we understand, the working class parts of Britain are full of drunk, easily pleased women who will pay good money to see your naked buttocks or perhaps even a brief glimpse of your genitals.