Dawkins tight-lipped on existence of fairies

RICHARD Dawkins was last night remaining tight-lipped on the issue of fairies, insisting he ‘does not speak of such things’.

The leading atheist and evolutionary biologist refused to be drawn on the topic of little people that dance around toadstools at midnight and come to our world from a mysterious ‘other place’ known as ‘Annwn’.

When questioned at a recent book  signing on the existence of fairies, he replied: “I’ll not say a word. Not to strangers, not even to my own kind.”

He then cast a furtive glance around the room and kissed a rabbit’s-foot he removed from his breast pocket before running from the room.

Friends claims Dawkins’ stance on fairies was shaped during a foggy winter evening, when, as an 11 year-old, he was sent by his mother to fetch water, but in his idleness fell asleep in what he later realised was a ‘dell’.

Fellow Oxford academic, Professor Martin Bishop, said: “Richard told me he was awoken by the sound of a flute playing a tune that was simultaneously soothing and evil.

“He opened his eyes to see standing before him a piper with horns and cloven hooves, around whom pranced tiny boys and girls in flowing pastel-coloured clothes.

“The piper said, ‘You are far from home, bonny lad, and it is late. You’d best come away with us to the magical land where sweeties grow on trees’.”

But Dawkins sensed the piper meant him harm, and ran home to his mother, not stopping to glance behind. Returning home without the water, he got the scolding of his life, which would have compounded his dismay had he not been so relieved at not being spirited away.

But evolution enthusiast Emma Bradford said: “Fairies or no fairies, I really want to like Dawkins because he irritates some very irritating people.

“However I can’t shake the feeling if you were ever in the position of serving him in a coffee shop, he could be very difficult.”

New Superbug Is Foreign As Well 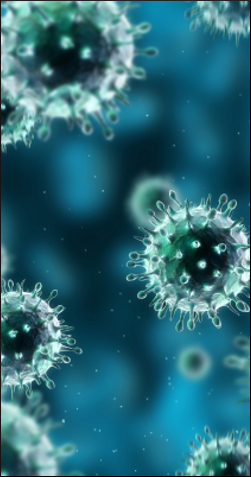 THE deadly new superbug that is going kill you by Friday is not even British, it emerged last night.

Experts say NDM-1 is from Pakistan or India or one of those hot places where people live piled on top each other and share the same piece of lavatory paper for a month.

According to medical journal The Lancet the bug found its way into British hospitals via UK residents who had gone to India for medical treatment as part of a growing trend that confirms the NHS really is fucked into a tinker’s bucket.

In a report that is already being photocopied by skinheads in Deptford, researchers said the foreign bug ‘invades’ host bacteria shortly after getting off a plane from Delhi or Islamabad.

Professor Julian Cook said: “There have only been 50 cases so far in the UK which means the country will be nothing more than a giant pile of rapidly decomposing flesh by two o’clock this afternoon.”

He added: “Because I’m a fucking scientist, that’s how.”

Meanwhile Daily Mail editor Paul Dacre, frustrated by the total indifference to his cloned cow horseshit avalanche, is said to be running round the office like a toddler who has just been given a puppy that shits Milky Ways and ice cream.

A Mail insider said: “Hopefully the main carriers of the bug will be skanky Indian single mums who’ve just had abortions.”

Helen Archer, some bloody woman from Doncaster, said: “I’m so relieved it’s from Pakistan. My theory that they were all terrorists was starting to wear a bit thin, but now a scientist says they’re going to kill me with their bugs. I’m bullet proof.”

Tom Logan, a dick and two arms from Peterborough, said: “Can I just ask – who the fuck is going to India for an operation? Is there really that many people who would actively prefer to have their chest cut open in a country that still has typhoid?”

And Nikki Hollis, an empty space from Grantham, said: “Apparently India is a big centre for cosmetic surgery. Instead of a tummy tuck they inject some of the local cholera straight into your lower intestine and then you just shit yourself thin by the weekend. I’m very interested.”

Logan added: “I also heard on the radio that NDM-1 can only be treated with one or two types of antibiotics.

“So maybe those are the ones they should use.”