'Did you see me in space?' asks Tim Peake

BRITISH astronaut Tim Peake is excitably asking if everyone saw him when he was in space because that is where he was.

Peake, who touched down today, has so far informed every member of his medical team, his wife Rebecca and 784,000 Twitter followers that if they had looked up over the last six months they would have seen him, in space.

“Did you see me? Which things that I did in space do you want me to talk about? Because I did loads and they were all in space.”

Friend Norman Steele said: “Christ, this is like when he came back from his gap year all over again.” 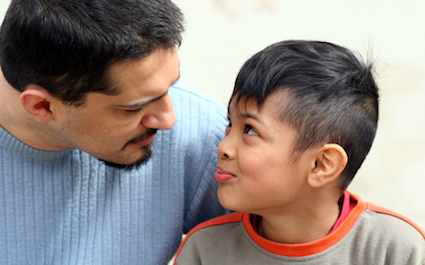 A FATHER-OF-TWO has told his children that instead of a novelty tie or beer mug he would prefer the cash equivalent this Father’s Day.

Tom Logan has advised his two sons that while he appreciates their efforts in buying him a gift, they need to recognise that they are failing to meet expectations.

“Or the year before, when you presented me with a hand-painted money box to save pennies in. Daddy doesn’t need a money box. Daddy has a bank account.

“I really appreciate you saving up your pocket money to get me something I’ll enjoy, but the fact is that money is being wasted.

“This year, I’d rather just have the £10 to spend myself. I think we can agree that’s best practice.”

Wife Claire Logan said: “In future, we’ll suspend their pocket money for June and I’ll bank transfer that over to Tom.

“It’s no more than reward he deserves for being such a great dad.”