London commuter plans to return to city at weekend

A REGULAR commuter to central London has outraged her partner by planning to return to the city tomorrow for leisure purposes.

Helen Archer of Enfield claims that even though she has already endured ten train journeys to and from central London this week, totalling seven hours of travel, she will do the same tomorrow merely to visit an art gallery.

Boyfriend Joseph Turner said: “I asked her how much she was looking forward to a weekend doing nothing at home, the greatest luxury any Londoner can imagine, and she came out with this madness.

“She actually plans to leave the house, get on board a train and visit one of the greatest cities in the world rather than cowering away in our one-bedroom flat binge-watching Netflix.

“What next? The theatre? Soho’s famous bars and nightclubs? Strolling across the Thames, taking in views of the city on a beautiful sunny day?

“She’s not a real Londoner if she does this, and she never was.”

Beards interfering with play at Euro 2016 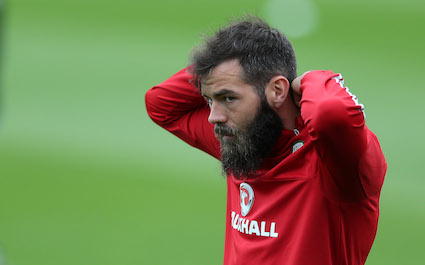 UEFA is threatening to bring in emergency beard regulations after a reckless and dangerous outbreak of facial hair growth at Euro 2016.

Football commentator Tom Booker said: “These beards are a throwback to the dark days of the 1970s, when footballers were bearded, fans fought pitched battles on the terraces and sharpened Wagon Wheels were thrown at the referee.

“Where does it stop? Portugal’s Raul Meireles could ride onto the pitch on a penny farthing tomorrow, wearing a top hat and accompanied by a white-gloved manservant, and we couldn’t deny we’d been warned.

“UEFA needs to look at bringing in new technology, like the Braun Series 9 electric shaver with SyncroSonic action, to clean up the beautiful game.”

Portugese star Cristiano Ronaldo said: “I back this move fully, and it is not because I am unable to grow a beard because I could if I wanted.